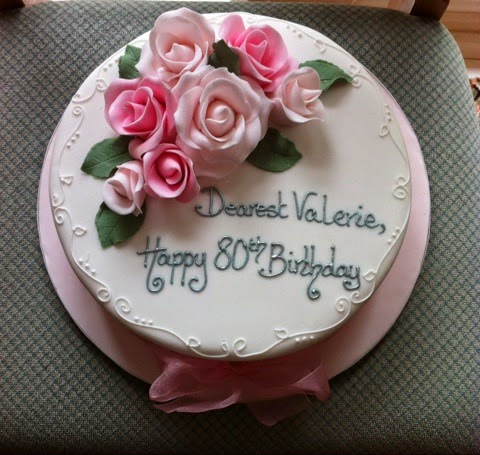 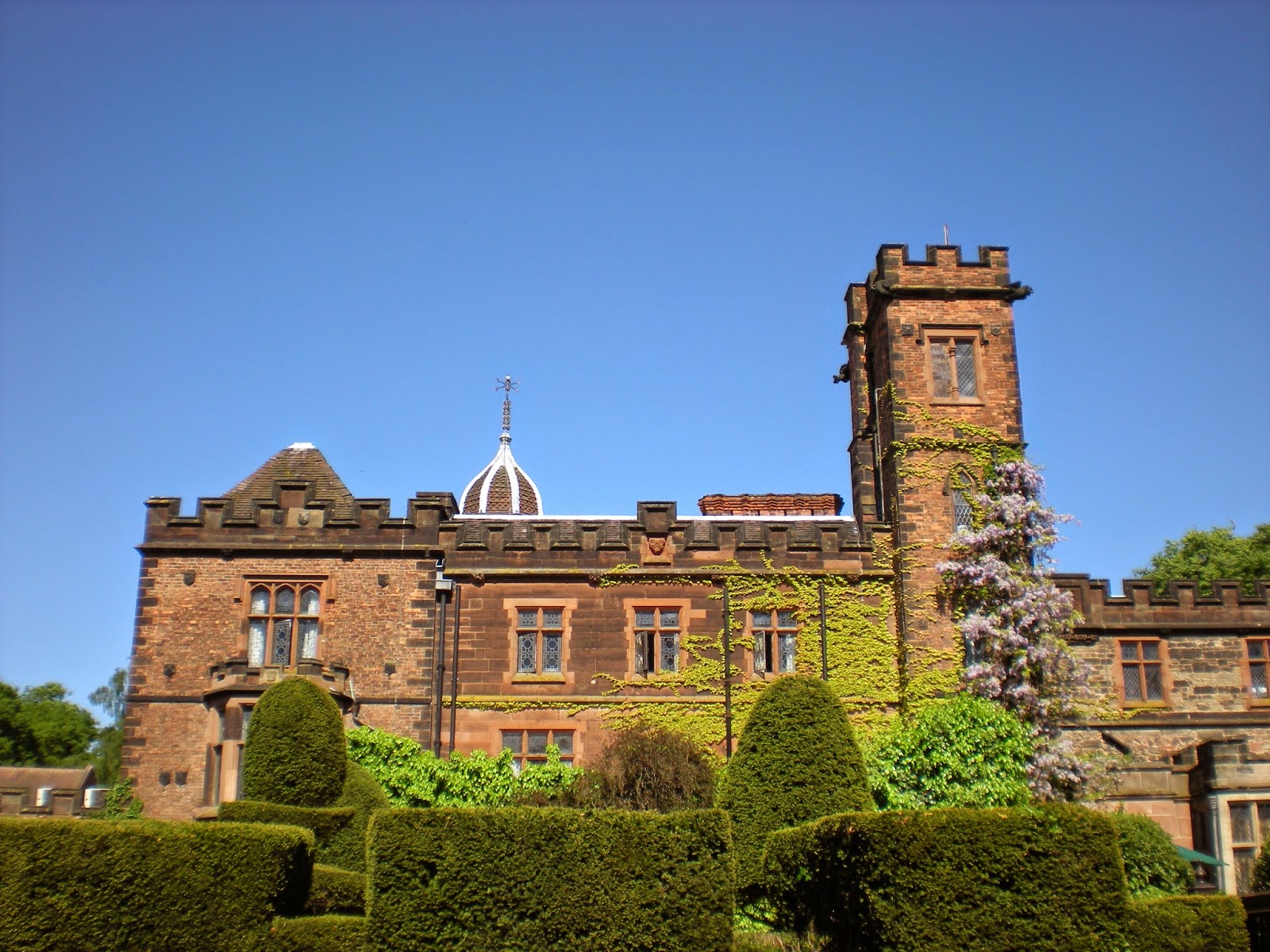 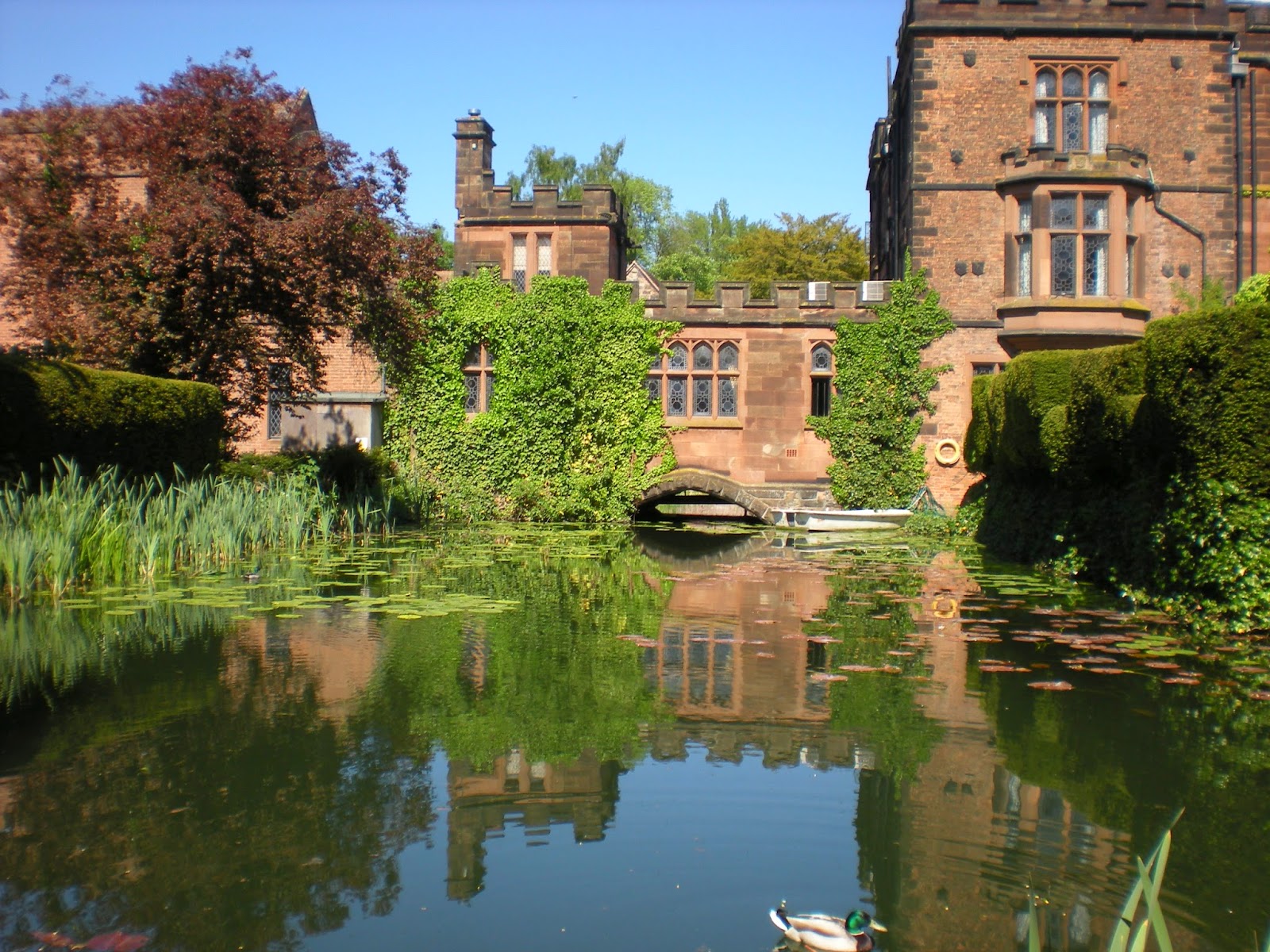 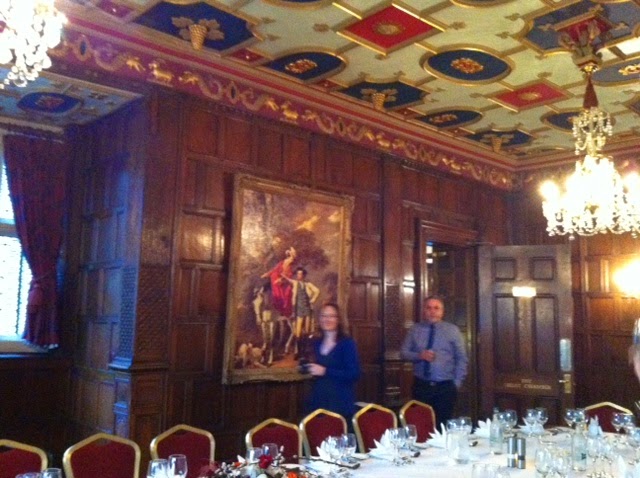 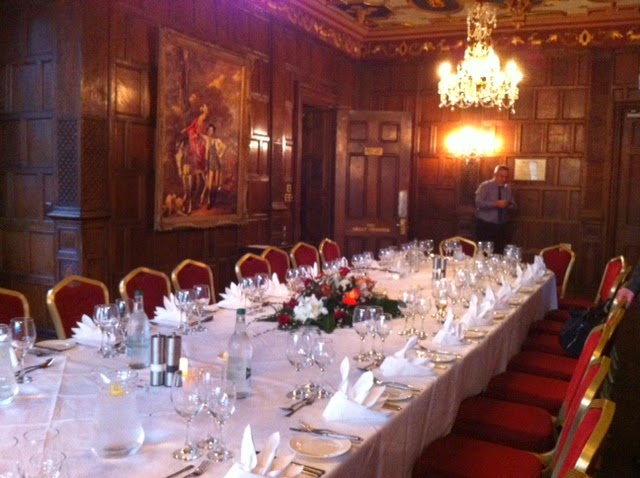 How's that for a ceiling! 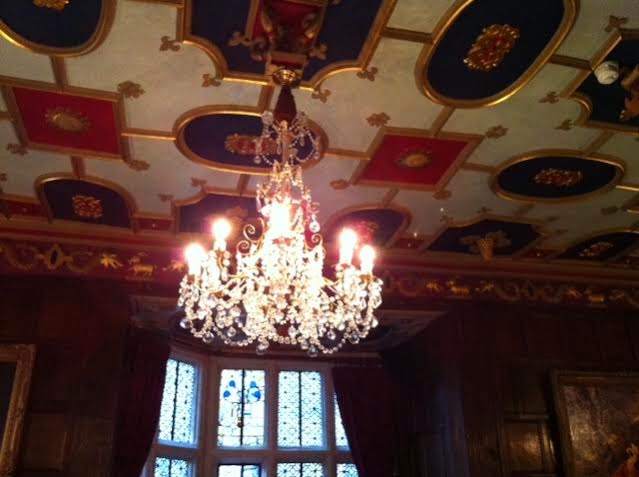 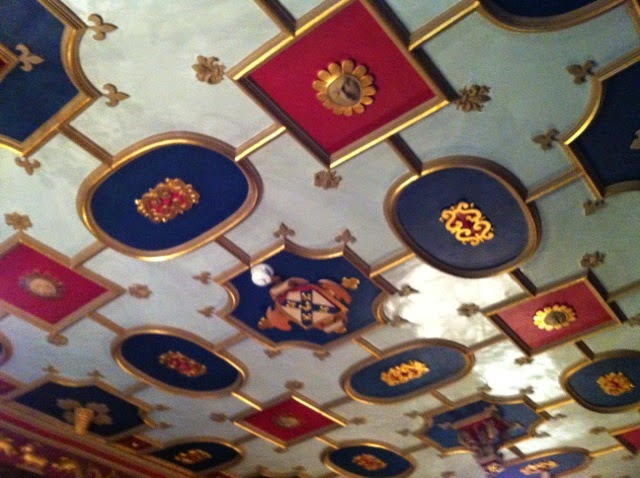 It was all very splendid and a great time was had by all.
Here's the menu

Followed by Joe's speech! He was very good and didn't even need a script.

The two young men who waited at table and did the running around were super-efficient, so much so that we are going to make the hotel aware of it.

Some guests brought presents to the Hall, others delivered them to the house. 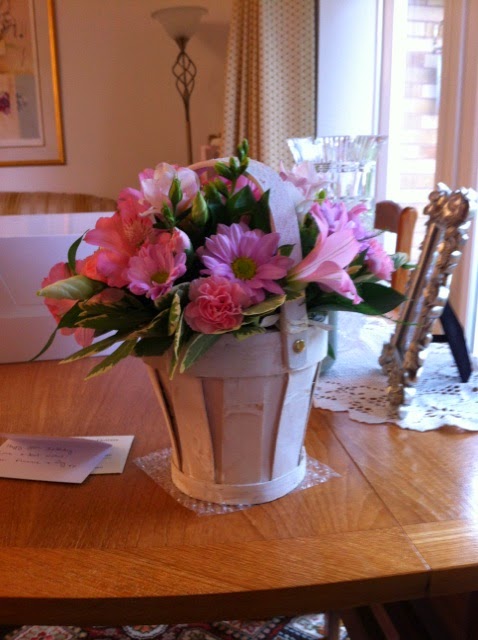 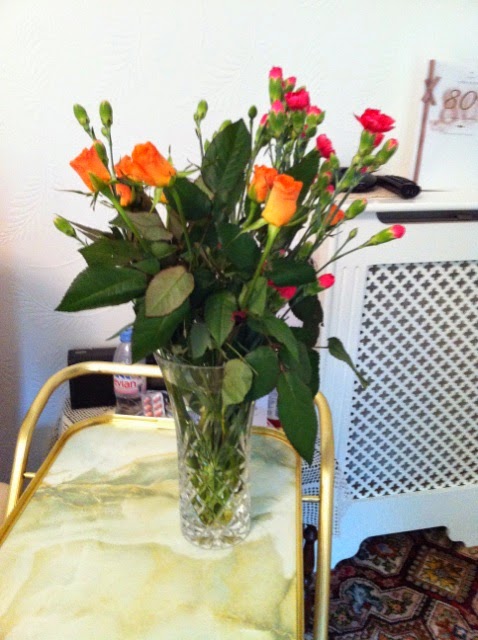 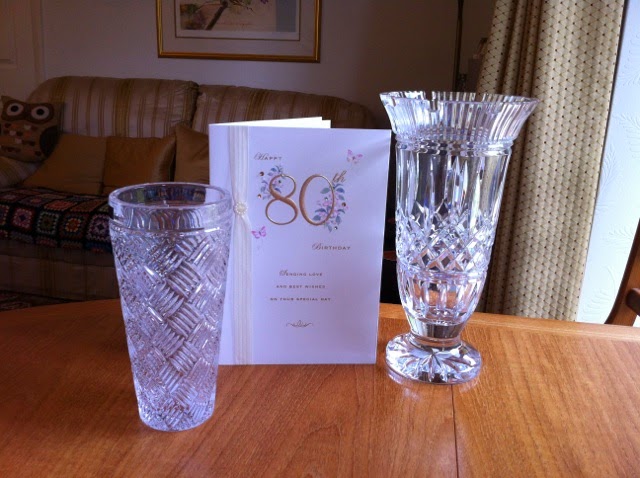 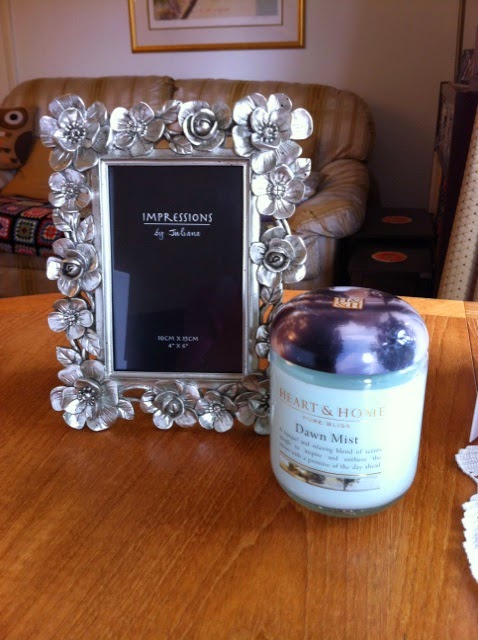 and at home I ran out of surfaces for a surprising amount of cards. 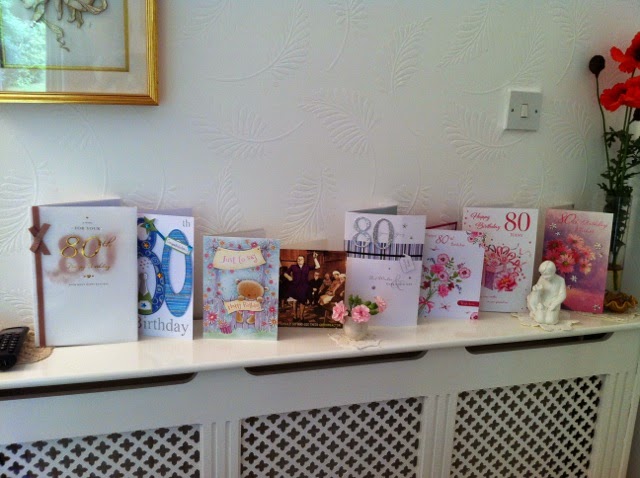 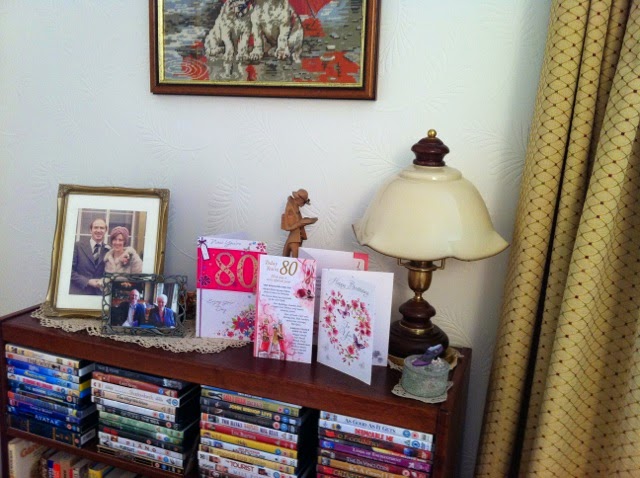 Rosanne took on the role of official photographer so I expect lots of pictures to come my way. She and her hubby left early next morning to fly to Rome so the photographs will come later.

Major presents were from Joe, a new computer and a remote hard drive, plus the lovely Waterford crystal vases seen above. Oddly enough I had another piece off someone else in an amethyst colour but I haven't got round to photographing everything. Jewellery and perfume were among the gifts from son, Jon, and Rosanne as well as other family members... oh and I mustn't forget the surprise birthday cake - pictured above.

Friends and family seemed to enjoy themselves, there was lots of laughter and not one silent moment. It simply couldn't have been better. Yes, it was a wonderful day ... I was treated like a queen and enjoyed every minute.

Email ThisBlogThis!Share to TwitterShare to FacebookShare to Pinterest
Labels: birthday