Lunch out... with plenty to look at

A friend and I went out for lunch in the local park and were given a corner table with a two way view of the lake. What a surprise, though, to see so many cows coming down to the water. Mixed breeds, which is unusual, so we guess there was more than one owner. Every year the cows are allowed in this vast park where they spend the summer munching and roaming the entire area. 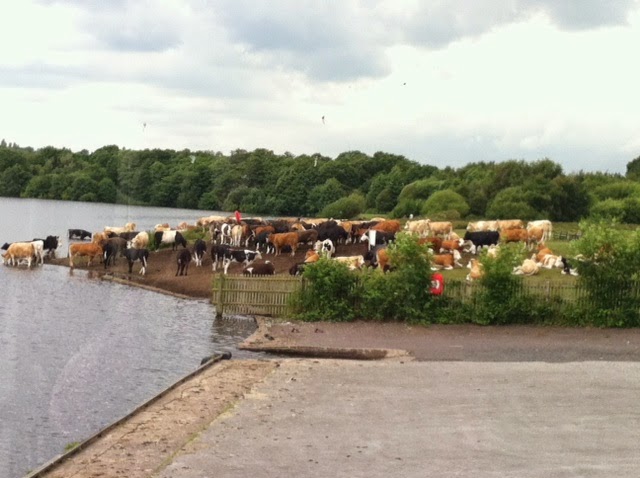 Eventually though they wandered back to the forest and as they retreated so the Canadian Geese swam in. There were a lot more than can seen on this picture and we think they had actually just flown in. There's not usually that many geese on the lake. 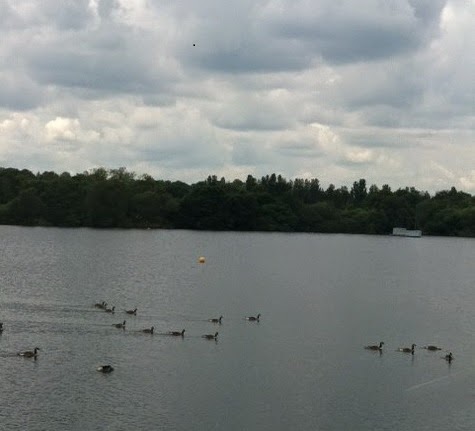 Eventually the cows returned and the birds swam away. 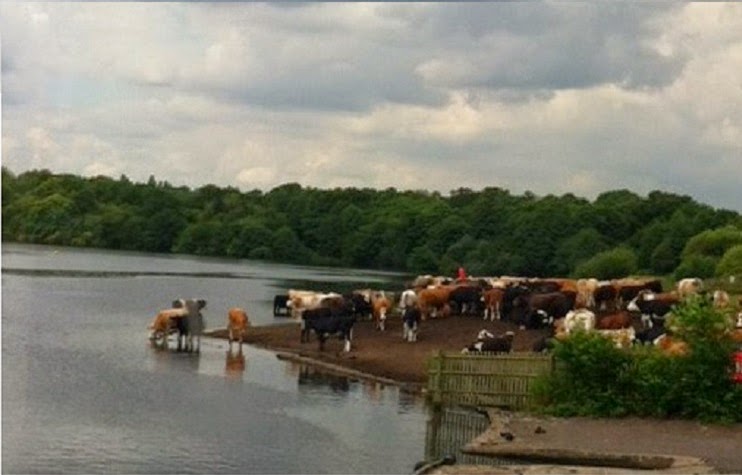 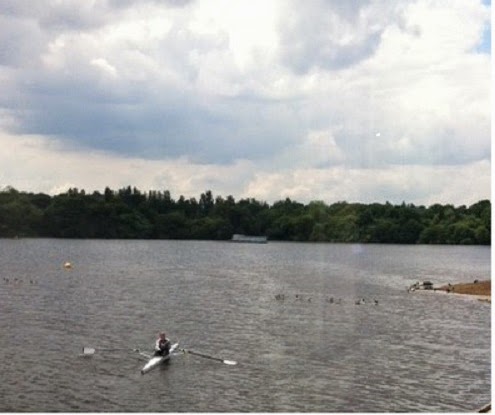 It was all going on while we ate. Just look what came in next. 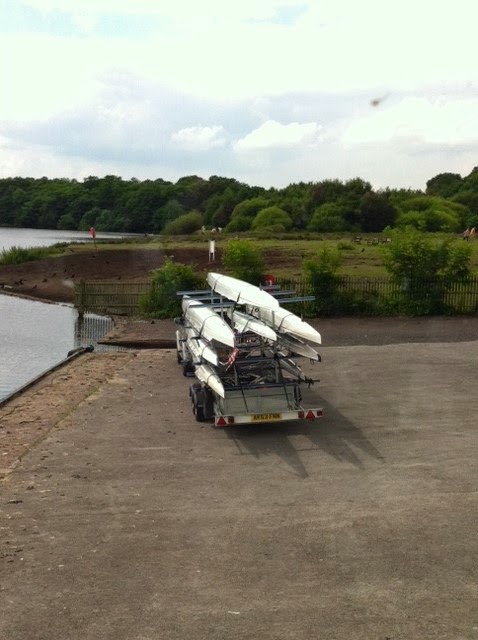 Closely followed by this 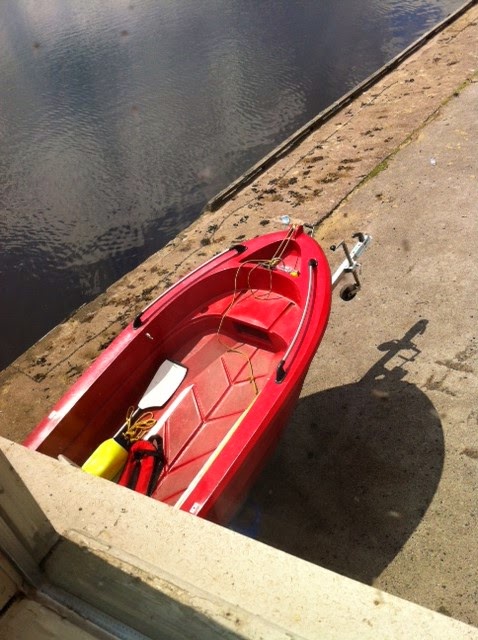 And this ... can someone actually get in that that thing? 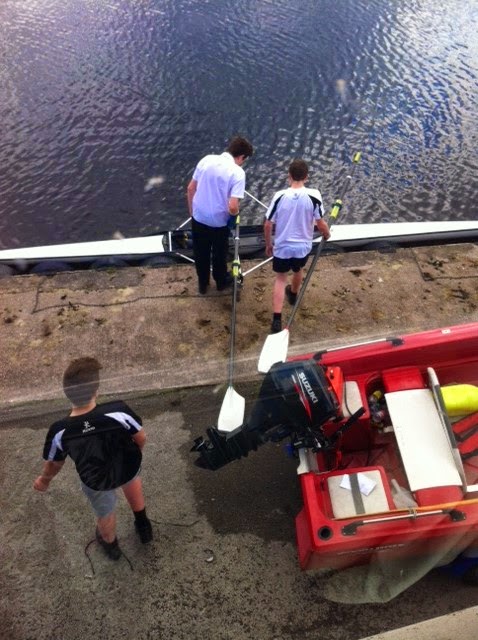 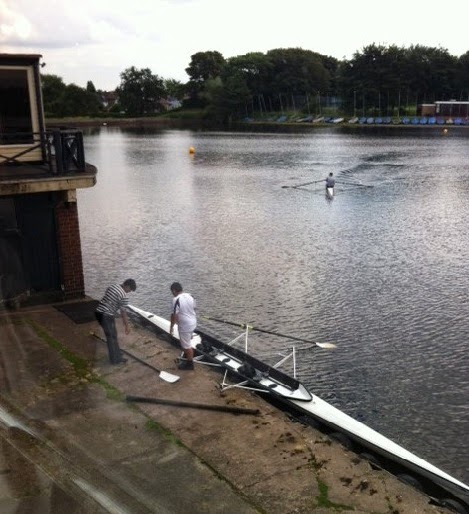