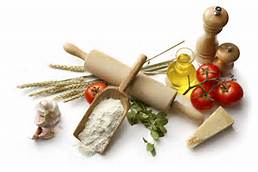 I am not a saint but I do try to do things right. The subject of meals came up during a phone conversation with my brother-in-law when he revealed that his sister wasn’t eating properly. It was a surprise to me because she always loved her food. Situations change, though, as I found out when Joe died.
When I first became a widow so many things had to be done that I wondered if I would cope with it all and am still hesitant about a lot of stuff. My past helped me through.
I had always been aware of the way to a healthy life and especially the diet. I always made sure Joe had proper meals, sometimes against his better judgement, but I swore I knew best. I’m not the greatest cook in the world but I do know that the right food is important. My theory was that at least one cooked meal a day should be the norm. All other meals could be much lighter but dinner had to be cooked with loving care.

When Joe died one thing I determined to do was carry on with the same routine and have done so. The table gets laid albeit just for one and I have succumbed to watching television shows while I eat. Joe wouldn’t have liked that! However, I think he would approve of my meals. Okay, I don’t cook lunch every day. Some days I indulge in a meal-for-one purchased from the local supermarket. I have a freezer full of those meals because they are tasty and filling and nourishing and the right size for my dwindling appetite. They vary from sausage and mash, liver and bacon, meat dishes with varied green vegetables, casseroles of all kinds, cottage pies, fish pies, roast dinners, even fish and chips. It’s hardly worth cooking but I do, about four times a week, simply to keep my hand in.
Traditions: Every afternoon Joe and I had choc ice. Ice cream wrapped in chocolate was our favourite and we never missed a day. We also had a lot of yoghurt, a yoghurt drink in the morning and thick creamy Greek yoghurt after lunch. I still do, there is no point in neglecting myself because I am on my own, is there? 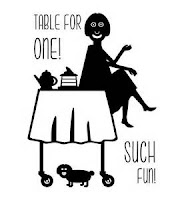 Sister-in-law won’t even try a ‘ready-meal’ or yoghurt. Instead she has biscuits or cake or nothing. At first I thought it might be due to her dementia but, apparently, she was leaning towards eating very little when her husband was alive. After hearing about her I am more determined than ever to carry on life with food and laid tables because I feel that normality is the way to go. Attempting anything strange or different could have detrimental effects and if I have to stay on this earth I need to act normally, eat properly, and enjoy what years I have left, in as fit a condition as I can manage.
Valerie
Posted by Valerie at 07:00

Email ThisBlogThis!Share to TwitterShare to FacebookShare to Pinterest
Labels: eating for one