This is Tyburn House, as was. It's now known as the Tyburn Pub and looks vastly different, surrounded by a car park, with major roads and streaming traffic. But a long time ago dances were held and the district was much quieter. Tyburn House is a three minute drive from my house and other places mentioned are equal distances. This is the true story attached to the area and the question is DOES MURDER REPEAT ITSELF? 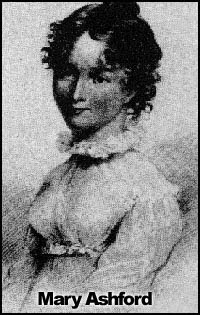 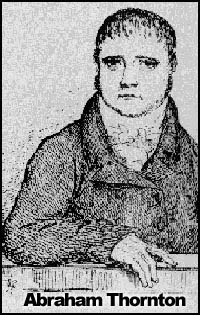 The Case of the Carbon Copy Murders 157 Years Apart

On , the body of murder victim - Mary Ashford (aged 20) was found in a flooded sandpit at Erdington, a village situated five miles from .

157 years afterwards (to the day and hour) history repeated itself in a most brutal way when Barbara Forrest (also aged 20) was strangled and left in the long grass near to a children's home in Erdington where she worked as a nurse.


More intriguing similarities between the murders came to light when police investigated the second murder.

At six-thirty on the morning of a labourer on his way to work in Erdington came across a pile of bloodstained female clothing near to Penn's Mill. He notified the police who conducted a search of the area. They found footprints made by a man and a woman that led to the aforementioned sandpit.

The pit was searched and the corpse of a well-known local girl named Mary Ashford was recovered. Her arms were heavily bruised and her clothing was bloodstained.

On Whit Monday 26 May, Mary travelled from Erdington to to sell dairy produce at the market. She had then made arrangements to visit a friend's house to change her dress prior to attending a Whitsuntide dance at Tyburn House.

Mary arrived at her friend's house at six o'clock in the evening and, after changing into the new dress, she and Hannah Cox went to the dance. Most of the evening Mary spent in the company of a young man called Abraham Thornton, while Hannah danced with Benjamin Carter.

At the foursome left to go to their respective homes. At a place known as the Old Cuckoo Hannah and Benjamin separated from Mary and Abraham and went off in another direction.


At about Mary Ashford was seen walking towards the home of Hannah Cox's mother, described by a witness as 'walking very slowly.' At the Hannah's house, Mary changed back into work clothes and left to return home at four

Mary Ashford was seen on two more occasions that morning. One witness testified that he had seen the girl in around ; another saw her ten minutes later in the same lane. Both witnesses noted that Mary had been alone in .

Not long after these inquiries into Mary Ashford's last movements, the detectives interviewed Abraham Thornton, who said he couldn't believe she had been murdered, adding that he was with her until that morning.'

was arrested later that day. During interrogation he admitted that after leaving Tyburn House had sexual intercourse with Mary but denied rape and murder.

In a deposition he stated that after leaving their two friends he and Mary walked across a field. Reaching a stile, they sat talking for fifteen minutes. Afterwards they went Hannah's house in Erdington so that Mary could change her dress. Abraham said he waited outside but when Mary did not appear he went home alone.

's statement was backed up by three witnesses who had seen him at that time. One witness even talked to the young man for a while.

The police investigation came too a dead end.

No one saw Mary and Abraham together after they were seen by the stile in at three o'clock in the morning.

The trial took place in August and the jury required only six minutes to return a verdict of not guilty.

Thornton was not to remain free for long. On 19 October he was re-arrested after Mary's Brother, William, invoked an ancient statute allowing a process called Appeal of Murder. This time the trial took place in London at Westminster Hall where on 17 November 1817 Thornton created a sensation by countering one ancient charge with another.

Asked to plead Guilty or Not Guilty, he replied, 'Not guilty, and I am ready to defend the same with my life.'

He was then handed a pair of gauntlets, one of which he placed on his left hand, the other he threw onto the floor of the court.

It was not taken up.

Objections to the trial were disregarded by Lord Ellenborough who proudly told the court 'It is the law of England.'

If Ashford accepted the challenge and won Thornton would be executed immediately, but if Thornton won he would have to be freed and would no longer have to appear in court in connection with the Ashford murder.

Thornton emigrated to the United States of America.

To this day criminologists have tried to determine who murdered Mary Ashford. 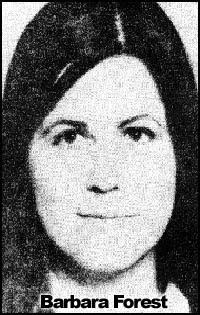 On 27 May 1975 Barbara Forrest was found dead in a ditch near Erdington. Her partly clothed body lay undetected for over a week.

Barbara had worked at the nearby Pype Hayes Children's Home. Her facial features bore an almost identical similarity to Mary Ashford and, like Mary, Barbara had also been strangled after being raped.

The police made inquiries and later arrested Michael Thornton, a child care officer who worked at the home where Barbara had also worked.

Like Abraham Thornton in 1817, Michael Thornton was tried for the murder of Barbara Forrest. He too was acquitted.

Both murders took place around the same time of day, and both victims had been to a friend's house to change into a new dress before going out in the evening of Whit Monday to a dance.

Uncannily, each victim had feelings of impending doom, Mary had 'bad feelings about the week to come', and Barbara had a premonition that 'this is going to be my unlucky month. I just know it.'