COFFEE IN THE CAR PARK, but not much else

Shops are closing down left right and centre and I worry in case the local shopping area turns into one of those bleak, boarded-up High Streets I keep seeing on television news. Things happen, they creep up on unsuspecting members of the community.
We once had a reputable carpet sales shop, one that we patronised for many years. It was situated in an open shopping precinct, complete with huge car park (very convenient for shoppers) not too many miles from where we live. There are many retailers and businesses in the precinct, supermarkets, hairdressers, off licence, charity shops, opticians, post office, fitted kitchen store, a bank, mobility shop, sports shop, shoe shop, and chemist. The carpet shop faced directly onto the car park, very convenient. Pull up, walk in, drive off, that sort of thing.

Over the years we ordered carpet at the shop for every room in three houses (separately) and were not likely to change supplier. Imagine our horror when a closing down sign appeared. The reason for the actual closure is not known but the guy who owned the carpeting business was moving out to an industrial style trading estate – those areas that are springing up all over the place because they’re off the beaten track and rents are cheaper. It seems safe to assume, therefore, that our man was forced to move because of financial hardship. He still sells and fits carpets but finding him amidst a hundred windowless establishments doesn’t seem very inviting.

To get back to the car park... Hmmm had I actually left? Is it me or has the world gone coffee crazy?  We now have a Costa Coffee Shop instead of a carpet shop, at the busiest point of the car park complete with tables and chairs on the walkway. At times this forces pedestrians to step off the kerb! It seems the big boys had their way. Get rid of the little chap in the carpet shop ‘cause they can get more rent out of coffee sales.


Because of the volume of stores in situ there is rather a lot of traffic, both parked and moving. Not so long ago I saw a child run between two parked cars and straight in front of a slow moving car. Admittedly this can happen with or without coffee shop furniture but I feel the obstruction adds to the danger. The incident could have been worse, the driver could have put his foot down at that precise moment. Perhaps there should be a sign on the Costa Coffee Shop Beware of Traffic.

I don’t drink coffee but if I did I wouldn’t want to drink it surrounded by petrol fumes, nor am I keen on being totally dominated by supermarkets, charity shops, and hairdressers.
It’s not a big shopping area, the precinct being part of it, but already we have charity shops and eating houses by the score, with a few hairdressers thrown in for good measure. Gone are the high class butchers (only one remains) and greengrocers (the last one closed this week). It’s quite depressing when you think about it. Petitions to prohibit turning the place into a full time eating locale have been on display in a number of shops ... none have worked. 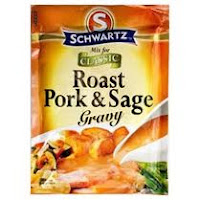 This time my grouse is with the supermarkets. I gave up making what I call proper gravy some time back. It didn’t seem worth the effort when companies like Schwartz did all the work for us harassed housewives. The local supermarket kept me supplied, that is until they suddenly switched to their own brand. The new mixes are designed so that all the user has to do is add boiling water and I don’t find that very satisfactory. For a start there are always lumpy bits that will NOT smooth out. If there’s one thing I hate it is lumpy gravy. Investigation on the Internet brought news that Schwartz was not only still in business but their on-line goods were cheaper than those sold in the supermarket. Free delivery too. Can’t be bad.  Problem solved. But not so with regard to potatoes.

Now that the last greengrocer’s shop has closed, I’m curious as to where I can buy my favourite Cyprus potatoes. Or any other edible tuber, for that matter. Potatoes sold in my supermarket are rubbish by comparison. Occasionally the farmers’ market visits but not often enough to rely on when you’re a spud lover. Isn’t it sad when our favourite shops cease to exist?

Wondering if, like the gravy mix, I could buy them on line I started an investigation. It was surprising to find that Amazon had an arrangement with a Northern company who could supply bags of Cyprus at very reasonable cost, something like £2+ a bag; great .... except .... delivery was in the region of £10. Bang goes another idea.