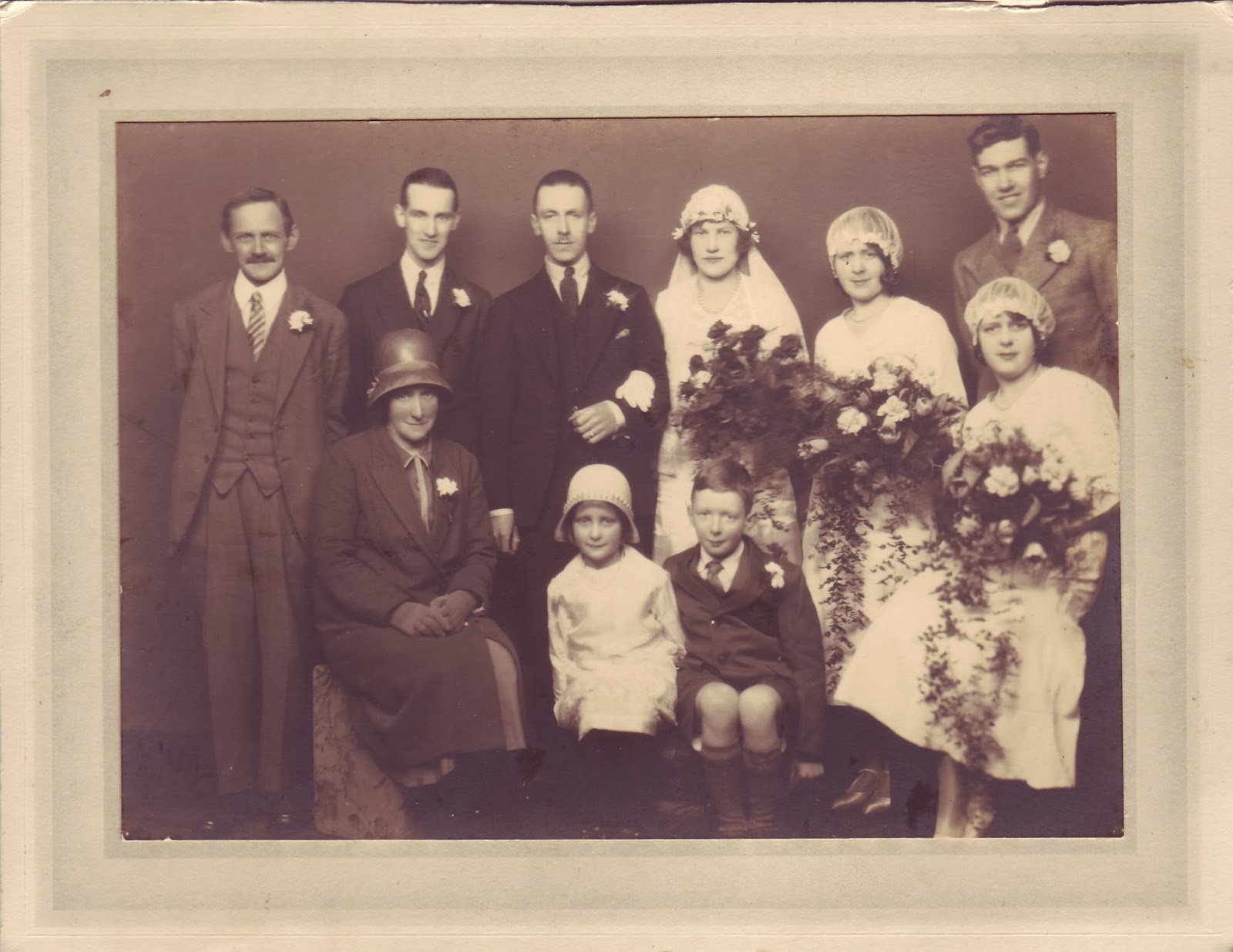 Aren't old photographs fascinating? This is my Mom and Dad's wedding picture. Dad was the eldest of six, the last was yet to be born. Look at the outfits worn by granddad and grandma on the left. And don't they look happy? Only the best man had a smile on his face ... perhaps he knew something they didn't. Here's a more modern one, taken when I was a child. The rest of the grandchildren came later. 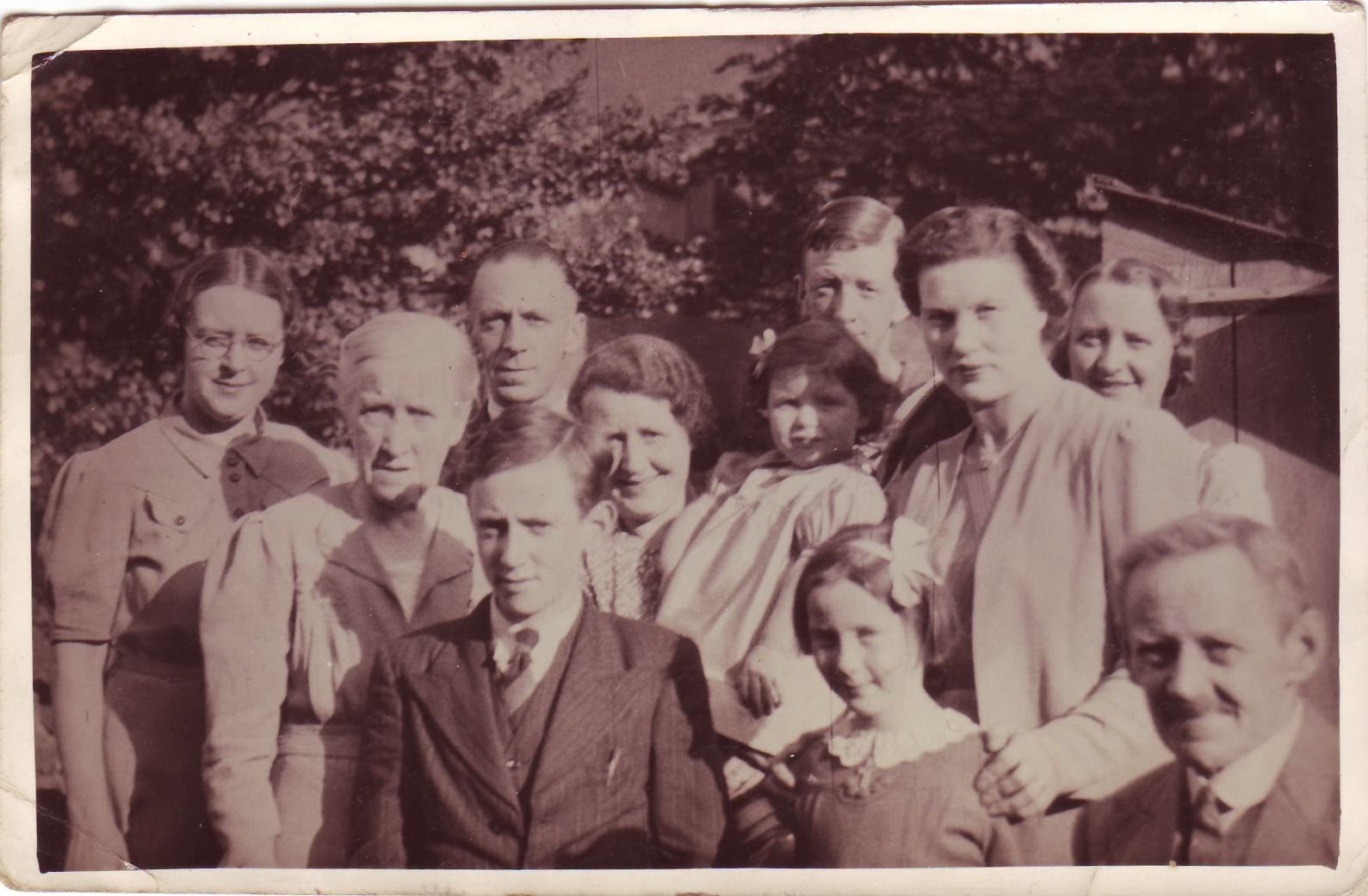 My family on my Dad’s side was both musical and artistic. Sad to say I know very little about Mom's family. 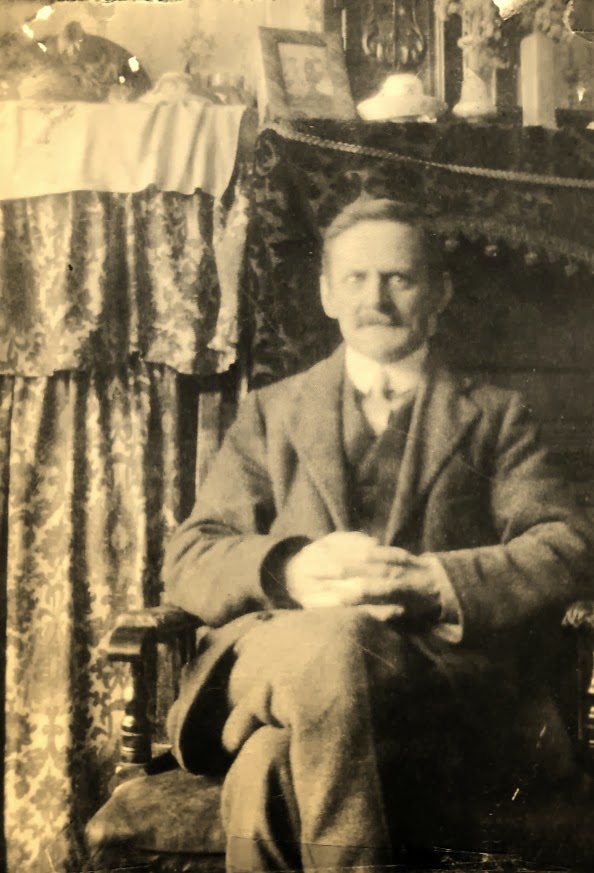 Starting with my grandfather who ‘played piano by ear’ the family members developed their own form of music, playing the piano, dancing or singing. Most were artistic … woodwork, art, craftwork or dramatics. Only now, as I look back, do I recognise the surfeit of talent in the family.

In view of the fact that I was a downtrodden child, with a mother who offered no praise or encouragement and constantly reminded me to ‘know my place’ and ‘speak when spoken to’ I went through life thinking I had neither appeal nor aptitude. Only now do realise I wasn’t too bad at a lot of things, but especially craftwork and writing.

My Dad was an artist too, but his imagination and creativity was not with the arts.
He was a whiz with wood. By trade a carpenter and joiner, if there was wood to be turned he was your man.

He loved to surprise Mom and me, doing things in the home when we were out. New bits and pieces would appear. I particularly remember door handles, big and extraordinary works of art that were the talk of the neighbourhood. As a child I was the proud possessor of a magnificent fully furnished dolls house, a dolls cradle, pencil cases, needlework boxes with three tiers, and a wonderful desk and stool, tongue and grooved to perfection. When I married he delighted in creating things for my new home, a radio stand that was an exact wooden replica of the bird bath, a cork topped, carved legged card table that was the envy of the family and fought over when he died. I still have the desk.

Uncle Norman was musical. He was the youngest of Dad's family. This is him when he was 80. I don’t recall him ever playing an instrument but he sure could sing. He had a fine voice; it reached the rafters in church. From birth he was a sufferer of osteogenesis imperfecta, better known as brittle bone disease. Judging by his stunted growth you would not have expected him to have such a fine singing voice. He sang with a well known choir for years and was a popular member of an amateur dramatics group run by the church drama group. Nearly always the star of the show, people would ask if had a part before they paid for tickets. They knew they’d have a good laugh if he was in the show. He died a few years ago, but his memory lives on for many folk.
Encouraged by Ann, ’s wife, who is acclaimed for her work with oils, Aunt Florence took up painting. She delighted in transferring images of her garden to paper, with which she taught me everything I needed to know about plant life. However, her special talent was marquetry, producing wonderful pictures from different types of wood veneer.
Three Scottish cousins played in the National Youth Orchestra, but the one who shot to fame was Susan: noted concert pianist, writer. She was the first girl to enter the music faculty at , , and is to this day a joy to listen to.

My musical career (said with tongue-in-cheek) started when Mom sent me for piano lessons given by an elderly professor of music, at any rate he seemed old to me. I did quite well, gaining two certificates from the Imperial School of Music. The third attempt would have been a doddle if the examiner hadn’t stopped me playing, pointed to a random piece in the sheet music, and ordered me to ‘start again from there….’  That’s when I realised he knew I was playing from memory.

The Professor was a dirty old man. He would sit beside his pupils close enough for legs to touch. He liked to squeeze young girls’ thighs as they played. I was very young and shy and scared of adults. I couldn’t fight him nor could I tell my parents. Mom would just accuse me of lying. My immature brain decided that if I memorised everything I could get away from him faster, hence the discovery of fraud at my music examination.

In those days girls kept that sort of thing to themselves. I guess we were ashamed to admit, to put into words that a dirty old man was stroking their thighs. How embarrassing was that?

I began to miss lessons, played truant, naively thinking no-one would notice. One day I caught a bus into town, whilst at home the police were organising a search party. Oooo the hiding I got for causing everyone so much worry! None of that ‘are you all right’ rubbish.

Animated-gifs.org
Posted by Valerie at 07:00