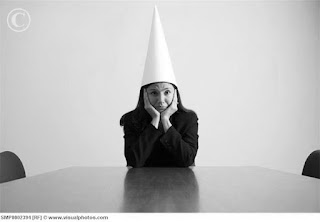 Chaos reigns but not where you would expect it. In this instance it applies to a chaotic mind, where confusion and anxiety go together.

Later, but not much later, I got in the car and drove to the o2 shop. o2 is an offshoot of British Telecom, which of course won’t be of any interest to you. I’m just writing this story as it is.

I needed a phone, although looking back I ask the question WHY? I have a house phone, which is seldom used except by nuisance callers, and an iPhone in case someone needs to get in touch when out of the house. However, an iPhone isn’t just to make calls on, it is a diary, notebook, timer, news reader, list maker, and a load of other things, like reading email, but … a phone?  So, in order to continue something I was used to having, I needed another one. 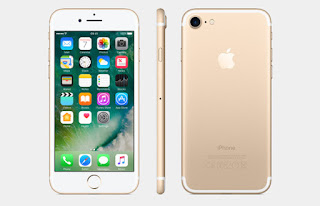 The model I chose, still an iPhone, is smaller than the last and fits in the pocket easier but everything else is going to need a lot of getting used to.

But I am jumping the gun here…

One thing missing from the phone was the game of Scrabble, which I love, and which goes some way to keeping the mind functioning. I had to replace it, which proved easier said than done.

You will have noticed earlier that I mentioned email. I have three accounts and one of them was the one that kept me in touch with Apple, and Apple in touch with me. Trouble came when my new phone wasn’t recognised by Apple or the other email providers. Even though email addresses were the same, the phone had really upset the apple-cart (a UK expression and nothing to do with Apple the company).

I tried and tried to get through on the old password, but they weren’t having it. No, I had to provide a new one. Several times. Apple needed a new one, Yahoo needed a new one, as did Google. Fortunately AOL and Google were easy to deal with, no problem and as straightforward as they come. Yahoo and Apple needed new passwords because they were linked to each other by me, and Google because..... well, because it was Google!

I panicked, then panicked a second time. By the end of several more panic sessions I decided to call on Luke. Luke, you may remember, is the young man who does odd jobs for me. It struck me that at his age he would be able to deal with the likes of Apple without the fear I felt.

It took Luke a couple of hours to convince them that I was a genuine case but eventually he managed it. What’s more he downloaded the Scrabble. GREAT!

I am okay now, but goodness only knows for how long. Apple keeps asking for my password as early as switching on the ipad or phone but I have to ignore it because Luke didn’t write down the various passwords! Now I’m wondering how long before it affects me. Next time he comes I will ask if his memory is good.

Insertion: Did I say Google wasn’t a problem? Well, since writing that comment it has changed its mind. It has decided to BE a problem. Password not recognised – and the brain can’t remember, and it wasn’t written down. I think another call to Luke is due.

All this has affected the brain. I get nervous for all sorts of reasons, mostly silly ones. My friend – who is two years older than me – said it is quite normal and that it would (might?) diminish. She made me feel better, bless her. As for the brain, I guess there’s no hope of it ever behaving like it should. Forgetfulness is now the norm but thank goodness I can still write.

If only I could remember passwords!

A few hours later: Consultation with Luke revealed the password that I'd forgotten. Now noted in black ink, several times. All he does is press a button, whereas I have to sweat it out and get nowhere. Oh to be young again, even a jaunt back to my sixties or seventies would help me out.

Anyone want to buy a new iPhone?
Valerie