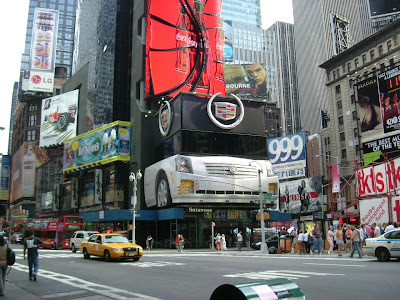 New York, New York, so good I saw it twice. And loved it. If you’ve never been I recommend you give it a whirl. Actually, whirl is a good word to use since while I was there that’s what my days were like.

It was winter, just after Christmas, and by Crikey it was cold. I’d been warned to take plenty of warm clothes and for the first time in my life I accepted the advice. Thank God for boots, gloves, scarves and woolly hats. Wearing a hat was unheard of at that time and there I was, hat in place, scarf on top, and a coat hood covering the lot. After a while I didn’t really notice the cold, maybe that’s because I was so enchanted with the place.

I’ve never before been to a city that could only be described as exciting. It was so alive I reckon I was dead before arriving in the Big Apple. I’ve been to Italy several times and was familiar with the bustle of traffic but it didn’t compare to New York. But then it doesn’t have those glorious yellow cabs racing around.

One of the first things I noticed was the width of the Avenues and the seemingly long distance from one side of the road to the other. There were Stop and Walk crossings, of course, but I felt as if I was taking my life in my hands as I walked … well skipped … no, ran, in front of a dozen or so eager cab drivers waiting for the light to change in their favour so they could run me down. 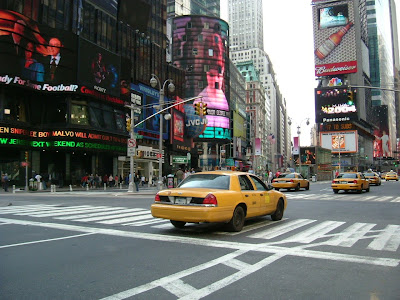 The hotel was on West 54th Street, just along from the 54th Precinct which made me feel very safe. I don’t remember too much about the hotel except that it only did breakfast and that meant eating out. It had a good bar though and a room key system that never worked which almost prevented me from dropping in for a drink. Three or four times I went down to reception trying to sort it out, each time having wedged the door after praying no-one would venture inside and steal my worldly goods.

All that coming and going meant frequent use of the lift and thank God for it … I’m useless on stairs. That’s how I came to meet the very nice man. He greeted me cordially as he stepped inside the lift and the minute I responded he knew where I was from. Not too difficult, you might think, but he knew exactly were I was from because he came from the same place. What a coincidence!

The next time I saw him, again in the lift, he nodded and went on to describe the weather outside. I can’t remember what I said but he just went on talking … ignoring me and carrying on with his side of the conversation, about weather, traffic, and queues for everything. It wasn’t until we reached the upper floor, when he said goodbye and reached up to switch off his earpiece, that I realised he hadn’t been talking to me at all. Oh what a fool I was!

The hotel was round the corner from the CBS TV Show place, a famous entertainment venue, once home of the Ed Sullivan Show in the 60's, and now (or then) the home of the David Letterman Show. I never went inside… there was no need since you could hear the whole show from the street. 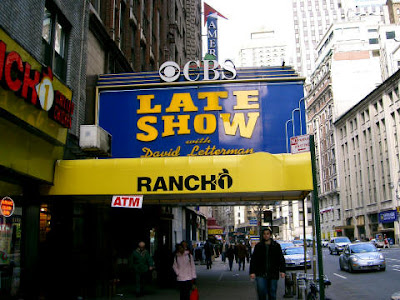 I did a lot of walking, block after block, since I was determined to see everything. I did get a cab a couple of times, once to Maceys when I was told the store didn’t open until 10 or 10.30 so I was taken for a ride round. Guess the driver saw me coming but it was worth it, besides it was much warmer in the cab. I must have been in a good mood to treat myself to a Macey's bag at an extortionate price. 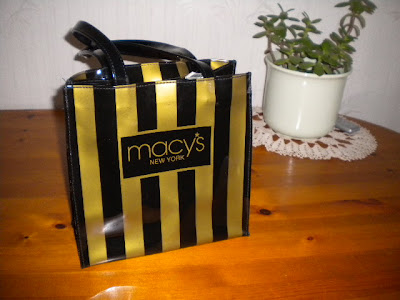 A visit was also made to Bloomingdales, well I had to have something to talk about when I got home. One day I hiked down to the famous 42nd street. It wasn’t a bit like I imagined, although there was an Internet Café the size of a ballroom that I made use of. I’ve never seen so many computers in one place!

Eating out was okay. There was no need to go hungry with so many cafes in Times Square. The one I favoured most was the Playwright Tavern, conveniently located in the heart of the Theatre District, just minutes from Rockefeller Centre and St. Patrick's Cathedral. The Tavern was a regular stop-off for theatre goers before and after a Broadway show. The food was great; reminded me of home. I could also watch the current GAME while I ate. Went there several times and got to know the waitresses quite well. I tried other venues but enjoyed the Playwright the best. 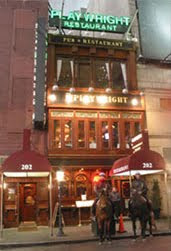 Food on the move was interesting. Sometimes I called in at a local sandwich bar and have them make me a sandwich consisting of a three course meal. Or so it seemed. You name it, they provided it. I like that sort of place. Then there were the self-service-cooked meal-take-away establishments but I only patronised them if I wanted to eat in the hotel. I was a good patron of the hotdog providers, it was so warm there! I got a hotdog with English mustard every time … guess they recognised the accent! Yes there’s a lot of food to be had in New York, one morning a whole street was dedicated to hot food providers and the smell of cooking was wonderful on a freezing cold day. One thing I can brag about, I passed Hershey's every day and didn’t buy one single bar of chocolate.

Fifth Avenue was a favourite haunt, especially Tiffanys. I bought several presents to take home and made friends with a lady assistant who was about to marry an Englishman. She invited me to the wedding (truthfully) but I couldn’t manage to go to New York again that year.

Seeing Carnegie Hall brought back memories, not of New York but of Rod McKuen’s birthday concert held at Carnegie Hall. I’m a great fan of Rod McKuen’s work, his poems and songs, and the recording of the concert was repeatedly played. I simply adore his gravelly voice. 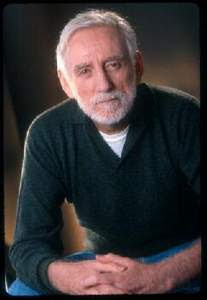 The tour buses provided a lot more sightseeing and I remember vowing to return to see those places in more depth. I only made it once more. Well, that’s my account of my first visit in a nutshell… I hope one day to return to that great big city. Let me finish with a poem written by Rod McKuen... Enjoy.
TAKING THE TIME

And taking the time
to love
is, most of all,
caring enough
to not hold on too tightly
and yet not run too loose.
Posted by Valerie at 10:50