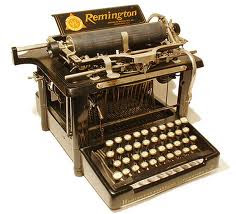 What struck me most when I joined the Probation Service was the difference in atmosphere compared to the police force and . By its very nature was businesslike whereas police officers adopted a more laissez-faire attitude to office work … no doubt as a means of relaxing from the extreme pressure of their job. First impression of probation officers was that they seemed stressed, as if everyone was trying hard to impress their superiors. Only the chiefs were relaxed. The reason became obvious when I discovered that most were still under inspection and one wrong foot could generate a supervisor’s wrath.

Case loads were high covering marital problems, divorces, care orders (shared with Social Services), offenders and associated ex-offenders, in the community and in prison, community service and a whole host of other crime related tasks like looking after prisoners’ families whilst the clients were incarcerated, prison visits, home visits, and on top of that running courses for volunteers, one of which I became.

Secretarial work was excessive. Non-stop typing from 9 to 5, with harassed officers leaning over our shoulders waiting for work to be finished. Actually we did have coffee breaks and we deserved them too. We would go into the rest room (‘rest’ being the operative word) in order to get away from our desks. It was there that we met up with the officers who prolonged their coffee breaks in order to get away from their desks.

They were a good crowd even though, to my mind, a little misguided. It wasn’t their fault, they were only following guidelines, but the longer I worked there the more cynical I became about the true worth of probation.

There were some funny incidents. One had a tragic start but a comical ending to someone, like me, with a warped mind. Quite often the secretary would have to collect a client from Reception and take him or her to see the probation officer. Thus, we got to know the regulars.

One man in particular was a drug addict with a false leg. The unfortunate man used to be a football star until a serious road accident robbed him of his leg and his future. The severe pain drove him to drugs. I liked him. He was friendly and not a bit like the usual sort of client. The office staff always tried to chat with him before his appointment was due.

One week his date with the officer was missed and it took many phone calls to establish his whereabouts. He had been arrested for stealing prescription pads from the doctor and trying to get them filled by the chemist. At the police station he was subjected to a personal search when a variety of drugs was found in his false leg. It transpired that he was supplying them to the inmates of the local psychiatric hospital without anything being detected on an ordinary body search. Very enterprising, don’t you think?

Office doors were never locked. Why would they be? However one day my purse was stolen from my bag which was ‘hidden’ in my desk. It so happened that three secretaries left the office at the same time, giving the thief an ideal opportunity for a easy snatch and a quick getaway right out the back door. Because he shouldn’t have been using that door (which was locked from the outside only) he was quickly detained by two officers on their way in. In that case crime didn’t pay.

With young son at school and time on my hands I took an interest in the volunteer side of the job. It all started when I donated a coat to one of the clients. I was asked to deliver it to the girl’s house and so began long years of volunteering.

Under the guidance of the probation officer I started visiting prisoners’ wives. First I was accompanied by the concerned and then I was left to my own devices. I would visit, assess, and help where I could, and then write up a report for the officer. As the years went by I was trusted enough to deal with a lot more than mere visiting, always answerable to the officer i/c.

Clients varied. As well as looking after prisoners’ families I had clients who had been arrested for shoplifting or credit card fraud; some were seen at a women’s group, others when I visited their homes. I helped women with children who couldn’t make ends meet, advising on budgeting and helping them to contact companies and banks as well as guiding them to stand on their own feet. I visited families of drug addicts to ensure their kids were safe, and checked on an elderly child molester to make sure there were no kids popping in. I befriended a schizophrenic and listened to the ramblings of an alcoholic, and I sat in on stressful case conferences where decisions were made to remove kids from the home, and agonised in case those decisions were wrong.

I had ‘favourite’ cases and here’s two of them.

First was that of an armed robber who was doing time while his wife and two children coped alone. The children were delightful and their mother was really nice. I would take them out for days to give them a break from the home which, incidentally, was nicely furnished with cream leather furniture, plush carpets, and modern gadgets in the kitchen. No doubt the proceeds of the armed robbery, although mother denied having any knowledge of it. I took everything with a pinch of salt. The oldest child made a pincushion for me. It was heart shaped and had my name embroidered on it. I still have it and it’s still in use.

Another ‘favourite’ was a family of seven. Mom and Dad, referred to here as

Brenda and Kenny and their five children. Brenda had five babies before she was twenty-one. Kenny was a sad case: his father had hung himself and Kenny was the one who found him. It turned his mind and every anniversary of his dad’s death Kenny went out and committed crime. Nothing major, but crime nevertheless.

I was involved with the family for several years, checking that the children were fed and clothed, befriending Brenda during bouts of depression, helping Kenny with his finances (not an easy task) and accompanying him to court. One of the charges he faced was that of self neglect which I’d never heard of, but that was before my involvement with the family.

Because of a heavy cold I cancelled one of my visits, deciding I was better off not spreading germs to a family whose problems were more than enough. But surprise, surprise, I had a visitor. Brenda arrived at my house with a cooked meal, still hot, that she’d carried on a bus journey for poor old little me. It wasn’t policy to give out our addresses but apparently she had seen me a couple of times going into my house when she passed by on the bus. I felt deeply humble that she had benefited from my company and felt she wanted to give something back.

Their eldest daughter, Linda, took a shine to me. I think I was the only friend she had. She suffered with serious alopecia (hair loss) … an awful thing for a teenager to cope with. She was of nervous disposition and, not surprisingly, the hair loss made her even more anxious. Someone in the medical profession suggested that she would be better off in a special boarding school. It worked, getting away from her Dad was a good thing.

She came home at weekends and I arranged my visits so that I could see her. At that time she was trying to grow her hair and I advised her to comb the longer bits over the bald patch. When she tried it she was thrilled with her appearance.

On my next visit there was no sign of Linda and I was told she hadn’t come home from school. There was a definite atmosphere in the house so I decided not to stay too long. I felt quite dejected that I hadn’t seen Linda.

I walked down the front path and turned to close the gate behind me just in time to see Linda at an upstairs window. I returned to the house, asked to see her. One of the children called her down and I almost wished she hadn’t … my reaction on seeing Linda was total shock. The poor girl hadn’t a hair on her head and, you know what, Kenny had shaved it all off. It couldn’t be proved but the probation team believed he did it to spite me for giving more attention to Linda than to him.

Case conference decided it was time to pull out.

After that I changed direction, choosing instead to help train other volunteers. Frequently I used the case of Kenny and his family as an example of the varying facets that make up the human mind.

I stayed with Probation until my second marriage and continued to do volunteer work for several years after I left the office.

However, around this time there was a noticeable change in the calibre of the Service and the way it handled the clients. A nursemaid attitude took over which I didn’t like. Helping clients was one thing, but doing it all for them was another. How could they ever keep their self respect if responsibility was taken away? More to the point, how could I respect them knowing that I wasn’t encouraging self-sufficiency within their own environment.

It was time to go.

Email ThisBlogThis!Share to TwitterShare to FacebookShare to Pinterest
Labels: My last job, Probation