DON'T GO TOO NEAR THE WATER 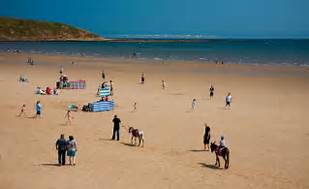 ‘Don’t go too near the water.’


Little Meg could hear her mother’s voice but the seriousness of the instruction didn’t seem justified. She was a big girl now. And the water looked so inviting.

Meg had been brought here for her birthday, the trip to Morecambe Beach being part of the weekend celebrations. She’d had some super presents, a scooter, and a dolls house with REAL furniture.

A smile played round her lips and she mentally hugged herself. She’d wanted a dolls house for so long. The inside was lovely, the walls were papered and there was carpet in all the rooms. She loved the tiny chairs and tables, the clock on the kitchen wall, and the bed upstairs, and the bath, and the rocking horse in the bedroom. There were even tiny coat hangers on the hook on the door. It was exciting to have her very own dolls house. She couldn’t wait to tell her friends at school.

Meg really wanted to go home and play with the house but since they were here for several more hours she might as well explore.

Surreptitiously looking round, Meg saw her mother talking to Gran, their colourful beach chairs turned away from the sea. She slipped off the blue and white flip flops that had been bought specially for the beach. The sand felt soft against her bare feet, it tickled a bit but she loved the feel of it. If she pressed her feet down she could see the shape of her own feet.

Kneeling on the sand she felt a splash from a big wave. She didn’t realise she was so near to it. Meg leaned forward to sniff the water and a little bit went up her nose. She sneezed. Tasted the salt.

Fascinated, she watched another wave forming. If she hurried she could duck under it. Scrambling up she darted to the very edge of the water and waited.

It was like being in the shower. Turning her face into the spray Meg laughed happily when the water fell away from her face. This was fun, she thought.

Her mother called again. Meg turned and waved, didn’t see the next wave coming. It was bigger and more powerful, knocked her off her feet and dragged her into the sea. Coppery hair fanned out as she struggled against the water.

She felt herself sinking, down, down, down. She reached out to touch the sea bed but it wasn’t there. Instead she was grabbed from behind, arms gathered her up, floated with her. A piece of driftwood glided past, narrowly missing her nose. She giggled, tried twisting her head to look at her rescuer.

The voice was squeaky, not one she had heard before. She wriggled in the great arms that held her so tight. They were covered in a red fabric. She didn’t know anyone who wore red.

Further and further they went, moving steadily along the coastline. Meg wedged her chin against one of the huge arms and peered into the gloom, wanted to ask where they were yet fearful of knowing. She couldn’t think why it had suddenly gone so dark. She wasn’t REALLY frightened, just a LITTLE bit trembly.

A few minutes later she saw a shaft of light ahead, coming from an open door. That’s why it was so dark, she thought, they were in a tunnel.

Her rescuer piloted her towards the door.

The cave was breathtaking. Meg took it all in, the splendour of it, cave walls lit by lanterns, glow-worms flitting around the ceiling like moving stars, and the biggest cobwebs she’d ever seen. Right in the middle was a table made of sea shells, the colours glowing in the light.

‘Come in, come in,’ said the King, adjusting his lopsided crown.

Meg was lowered to the seaweed covered floor, her hand held fast so she wouldn’t fall. For the first time she could see her rescuer, a QUITE ugly gnome.

‘She was very good,’ the gnome told the King.

‘Oh I’m hopskippingly delighted,’ said the King. His voice reminded Meg of Freddy, the grown up boy next door. He had the same croaky voice. But the King was a lot older. MUCH older than Daddy. Daddy didn’t have a beard either.

‘What’s your name?’ she asked.

Suddenly the room was filled with more gnomes, hands covering their mouths as they stared at her.

Her gnome, her rescuer, whispered in her ear, ‘You should never ask a King how OLD he is.’

Meg looked at the King, thinking she should say she was sorry, but the King had sat down at the rickety table with his back to her. He wore a cloak of green seaweed which had caught in the chair. Meg moved across to tug it out but stopped when the gnomes loudly exclaimed in horror.

‘What?’ she demanded, brushing away a silver fish swimming too close to her face.

As if they were automated the gnomes put their fingers to their lips, shushing her.
Her own gnome whispered again, ‘We do not touch the King.’

‘Because he’s the King. The Almighty Ruler of the Seas.’

‘Well, I’M going to speak to him,’ Meg told him. Defiance wasn’t in her nature but she didn’t like being told what NOT to do.

Looking fearful, the gnomes huddled together, then shuffled back so she could move to the front of the table. She wanted to ask the King why he didn’t allow people to speak to him.

Grasping hold of a steel rod that was wedged in the ground, she edged forward. The floor was very slippery and she felt something crunch beneath her foot. Looking down she saw a mass of broken shells, heard the gnomes complaining amongst themselves. Meg supposed the King would tell her off for being clumsy.

Slithering and sliding, she at last reached the other side of the table, sat on a chair opposite the King.

‘Don’t you like salt?’ Meg asked, ignoring the horrified noises coming from the gnomes.

That was a MYSTERY. Meg wondered how salt could take a dislike to anyone. She didn’t like salt but she didn’t think it was offended by what Daddy called her faddy ways. A shoal of fish swam across the table, she wondered if they’d taste good with chips.

Realising the King was looking at her, she returned her attention to him. ‘Why are you crying,’ she enquired a second time.

‘Nobody talks to me,’ the King explained. He seemed VERY sad.

‘Is it because you’re the King?’

‘I don’t see why that should make any difference.’

In the background the gnomes muttered and tutted amongst themselves.

‘How can you be lonely with all these gnomes around?’

‘They don’t speak to me. They don’t make a sound when I come home from my travels. I haven’t got a friend, either.’ More tears spilled out of his eyes.

Meg felt bad. He seemed a nice old man, and his white beard was beautiful. It made her want to push her fingers into it, curl it into ringlets. ‘I could be your friend,’ she said. ‘I always speak to my friends.’

The King beamed at her. Suddenly he stood up. ‘Let’s dance,’ he said.

Meg had never danced before but she went round the table to join him. She held out her arms, eager to see what dancing was like. But the King didn’t take them, instead he stood by her side, put his gnarled hand on her shoulder, and jigged on the spot. Meg jigged as well. She started to giggle, and the King giggled too. Her rescuer joined in, and then the gnomes. And the cave was a riot of laughter.

The King yelped with delight, ‘At last,’ he cried, ‘the gnomes have found their voices.’

Meg didn’t like to say they hadn’t lost them.

They jigged the afternoon away, and the gnomes joined in. Meg was so tired at the end; she just collapsed on a bank of seaweed. I’ll just have five minutes, she thought, using her mother’s words.

Oh there you are, young lady. I thought you were going to sleep forever. Your chips are waiting. You’d better hurry up before they get cold.

Rubbing her eyes, Meg tumbled off her bed. Her picture book fell on the floor. ‘Can I have salt on my chips,’ she asked, wondering why she suddenly had a desire for it.

Email ThisBlogThis!Share to TwitterShare to FacebookShare to Pinterest
Labels: Don't Go Too Near The Water