HERE IT IS AGAIN... WELL, IT IS NOVEMBER

I had a serious burns accident in November and that is why this piece of writing gets aired every year. I wrote it specially to say 'be careful' 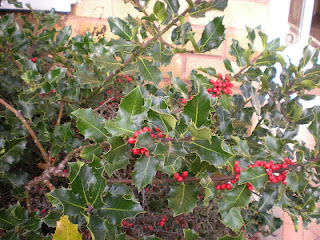 The Prose
November is perhaps the most moving month of the year, steeped in tradition and teeming with expectancy. Why yearn for sunnier climes or a terracotta tan when November's seasonal pulchritude comes free of charge. Broad avenues awash with colour and piled high with copper jewels: red-gold gems, cascading from majestic trees, making way for fresh creations of embryonic buds.

Scarlet poppies adorning our attire signify remembrance for the soldiers who fought for liberation … the war dead, who gave us optimism. Yields of mistletoe and holly and sometimes early snow prompt thoughts of Christmas celebrations, of nativity, and gatherings of families and friends.

Thus, November is a month of diverse elements: breathtaking, poignant, and sad. But it is never dull and those who claim that it is should examine its true potential, and wrest a soupçon of comfort from the depths of the sombre monotony that exists solely within their hearts. This is November. Enjoy.

Beyond the mists stem glowing vistas.
Nature sighs in resignation,
No challenger for graphic scenes
Of morbid fascination.

Poppies, red and unembellished,
Symbols of commemoration
To men in bloody trenches; soldiers
Sacrificing lives to give us liberation.

Carousals of darting, searing fire,
Triumphant flames of orange hue,
Incited by beholders’ hearty cheers
To kiss the feet of guys, and maybe you.

Motley fireworks, spectacular and loud,
Spiralling in the darkening night,
Gripping young ones, riveting them to pain.
Inevitably their shocking plight.

Advance through crumbly autumn leaves
Amidst displays of deciduous attraction,
But heed the groans as flames descend
And human euphoria condones the action.