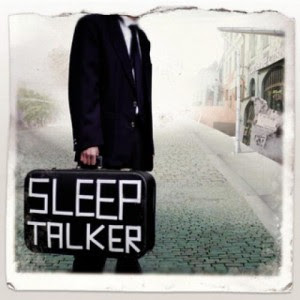 Do you talk in your sleep? You do? What language do you use?

My Guy is a great one for talking in his sleep, the only trouble is I can’t understand a word he says? I can’t make up my mind if he’s talking Swahili or gibberish. It’s driving me mad. I suppose there’s nothing to say he has to speak in his own tongue but it would be ever so convenient if he did. It’s very frustrating. I mean, he could be revealing all sorts of secrets and there’s me not understanding a word. How would I know? My school never taught Swahili or even gibberish?

I wish I could sleep through it but, no, the minute he starts I wake … at least I think I do … and lie there in my little bed straining to decipher the words. It’s even worse when he talks about something exciting, when the voice rises almost to a crescendo making it impossible even to interpret the plot. I might just as well forget the whole thing and go back to sleep.

My trouble is I’m inquisitive and I don’t like being kept in ignorance over hush-hush things happening in the middle of the night. I wonder if someone could invent dreams with subtitles. The mind boggles sometimes when after a few grunts he starts with the action. The grunts are similar to the ones uttered at the start of a domestic, the sort that say ‘Oh no, not again!’ But when there’s one of those his arms don’t lash out and his legs certainly don’t start kicking. He’s quite a saintly person to argue with, that’s how I know he’s not dreaming about me! And it’s definitely not sexy behaviour … come to think of it I don’t believe I’ve ever seen how he reacts to a sexy dream. Perhaps he doesn’t have them anymore. I don’t like to ask… just in case...

One night I tried to record a lengthy conversation he was having but when I played it back the tape was totally blank. Perhaps I hadn’t switched the recorder on properly. I tried again the next night, making sure before I nodded off that the recorder was set up accurately and all I had to do was press a button. Again, when checked out the next day there was no recording although the tape had wound on to its full extent. Don’t you find that interesting? I tested the equipment, talking in English, and it recorded beautifully. After trying several times more I came to the conclusion that dream talk can’t be recorded … unless, of course, you know better.
Posted by Valerie at 09:58