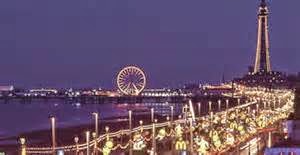 A visit to see Blackpool illuminations is a must in this country. Situated in the North of England, the whole promenade – which is very long – is decorated with lights and themes. Even trams and boats are given a theme, which vary each year. 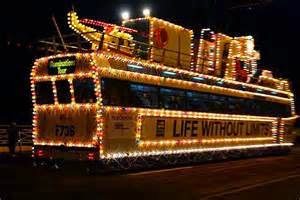 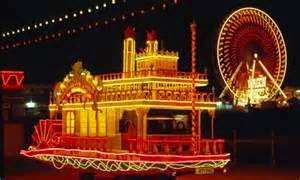 The following piece, found on Wikipedia, describes the location better than I can.

Also known locally as The Lights or The Illuminations, they run each year for sixty-six days,[1][2] from late August until early November at a time when most other English seaside resorts' seasons are coming to an end. Dubbed as "the greatest free light show on earth",they are 6 miles (10 km) long and use over one million bulbs. The display stretches along the Promenade from Starr Gate at the south end of the town to Bispham in the north.

At the time in question it promised to be a nice weekend weather-wise so Joe and I decided to treat ourselves with a visit to see the Illuminations. Normally we would stay in a hotel but that year we thought we’d do Bed & Breakfast in a guest house.  It would be fun, we thought.

What we hadn’t taken into account was the demand for B & B accommodation during the Illuminations period. Once there we had to walk the streets looking for a sign that said ‘Vacancies’... very hard to find considering the thousands of people with the same idea. However, find one we did. It was getting dark by this time so we were delighted with our good fortune. Without hesitation we rushed in and booked a room and breakfast. Everything was working out fine. We dumped our gear and left the house to go and see the lights. 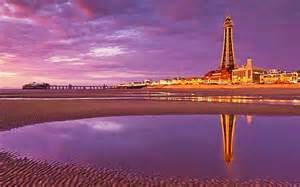 We were out quite a long time, having taken a tram ride, done a long walk along the promenade, had a bite to eat, visited the Pleasure Beach fair, with tiredness slowly taking over. By this time it was around midnight so we walked back to our accommodation. It was an adventure and we were certainly reliving our youth. 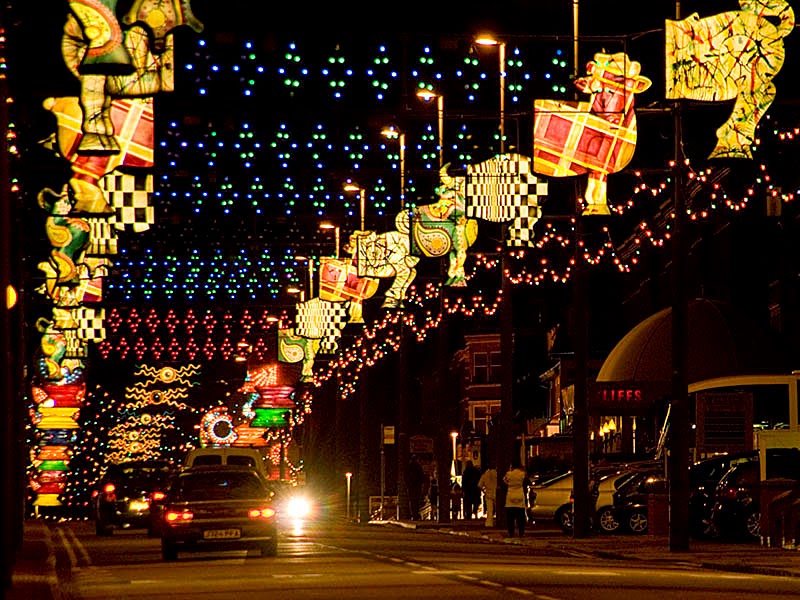 Now, I'm a fussy person. I like everything in place so I don't waste time looking for things. The first task after boarding ship was to sort out the suitcases and the personal toiletries... you know the sort of stuff, facial cleansers, conditioning cream, hair brush/comb, hair dryer etc. All items would be placed either in dressing table drawers or in a neat arrangement on the top. I was always up first in the morning and it was so much easier to find things in the half light, before sun and husband rose for the day. This practice was uppermost in my mind on this short B&B break but tiredness prevented actually doing it. 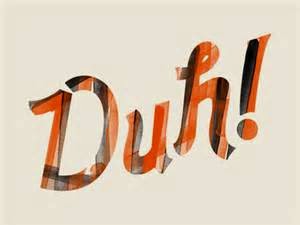 So to bed! And what a bed that was. I spent the whole night trying not to fall down the large indentation in the mattress, hugging the side of the bed to keep myself ‘afloat’ so to speak. It was awful. It was uncomfortable, hard on the bones, and a bit smelly. I couldn’t wait for morning.

It was first light when I gave up, tired and dispirited. Being as quiet as I could I washed in the tiny cracked sink and damped down the hair (shampooing would have been impossible) thinking it was a good job I’d remembered to bring the hairdryer.

Well, it is okay having a hairdryer handy, but you do need an electric socket to work the damn thing. There wasn’t one in sight. I hunted round the walls, even crawled under the bed in case it was at the back thereof, but no... no electrical socket anywhere. Couldn’t even make a drink. I didn’t take this kindly or even philosophically. In fact, I seem to remember being in an unhealthy rage.

When I simmered down I attempted to make myself as presentable as I could in order to go down for breakfast. My hair, when wet or dry, is very hard to deal with ... I needed that hairdryer to put a curl in it. There was nothing else for it. I had to go downstairs as I was. Not a happy thought and certainly not a pretty sight.

There were a few people in the dining room. Joe, bless him, greeted everyone with his usual bonhomie while I tackled breakfast with head bowed... trying to hide my hair. Imagine my surprise when a booming voice said ‘Good morning, everyone. Smile please.’

I turned to look at the man with the camera ... and blasphemed.

Someone explained that it was normal practice for the photographer to come at breakfast time and take our pictures.

And me with a mess of hair all over the place?!!

I cannot remember exactly what I said but the photographer beat a hasty retreat and I vowed never, ever again to set foot in a Blackpool guest house.