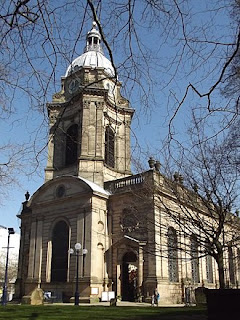 In the year 2000 I was commissioned to write a piece for the WI Christmas Carol Service, a special reading for the Millennium Year. Two WI members teamed up to read it while I sat in the congregation and listened. This is how it went:

The sun shone on the frozen town, but it yielded no warmth to the boy whose occupation was to construct a cave. Diligently, in the quiet churchyard, he chiseled impacted snow with his boot, squatting occasionally to scoop chippings with his bare hands. He could hear the choristers singing: Oh Come All Ye Faithful. His favourite. Humming as he worked, he felt strangely ashamed that he did not know the words, but then he had never been encouraged to learn religious songs.

The Boy, in his ignorance, did not understand

Tiring of the pointless exercise, the boy adjusted his baseball cap. Hungry and cold, he shoved his numb hands into his pockets and considered going home, but the idea was discounted as quickly as it occurred. His Dad would be on the Internet and he hated to be disturbed when he was surfing. It was all he thought of, except when Sky Sport was on the telly. Christmas meant nothing to him; there were too many mysteries for his liking.

The Boy, in his ignorance, did not understand

Nor did he understand his mother, who sang so joyfully before she discovered drugs, and who believed the Millennium would be her salvation.

The boy, in his ignorance, did not understand

A new carol began: We Three Kings of Orient Are. Leaning against the edifice, the boy banged his heel and bounced his head in rhythm. Suddenly, a shadow fell before him and he stiffened, fearful lest he was doing wrong.

The man whose shadow the boy had seen, a bearded man in a grey robe, came to stand in front of him. 'I am the Custodian,' he said in a gentle voice. 'Would you like to see our Christmas tableau?'

The boy remembered his father deriding the church's endeavours to recreate the nativity. This was the modern age, how could they reproduce what never existed?

The boy, in his ignorance, did not understand

Feeling the first stirrings of inquisitiveness, a yearning suddenly to see inside, the boy took the stranger's hand and allowed himself to be led away.

Festooned with berry-laden holly, the church was alive with Christmas atmosphere. There was a sweet smelling pine tree, shining with baubles and a silver cross, but it was the nativity display that caught the boy's attention. Viewed by hushed, reverent children, each one pointing to a thing of note, it was as wondrous as fairyland. The wide-eyed boy crept nearer, wanting to touch the blue-eyed baby in the straw-filled stall.

Without warning, from the depths of the church there came great crashes of reverberating chords, followed by a more peaceful air.

And the congregation sang: Once in Royal David's City.

The boy, in his ignorance, did not understand the passion he felt or the coursing tears as he joined in, humming when the lyrics eluded him. Unwittingly, he stepped back, not wanting to disturb the sleeping babe, and when the carol ended he turned and fled and did not halt until he reached the outside.

The Custodian advanced towards him, smiling, gliding almost through fresh snow. Not wanting to show his tears, the boy made off. It wasn't proper to cry, his Dad said.

'Peace be with you, the man called.

'Thanks,' hurled back the boy, and he sprinted away leaving a trail of footprints in his wake.

As he sped along, he reflected on the pleasant experience. He could hardly wait to tell his Dad.

Peace be with you, the man had said, and the boy, in his wisdom, understood.

St Philip's is the Church of England Cathedral and the seat of the Bishop of Birmingham. Built as a parish church and consecrated in 1715, St Philip's became the cathedral of the newly-formed Diocese of Birmingham in the West Midlands in 1905. St Philip's was built in the early 18th century in the Baroque style by Thomas Archer and is Grade I listed building. St Philip's is the third smallest cathedral in England after Derby and Chelmsford.
Posted by Valerie at 10:44