If only people would stop and think.....

A recent court case in this country (read about it here) concerned a woman who was told she could not visit her 78 year old mother since the old lady had had a stroke and would be unable to recognise or communicate with her daughter. The article went on to say that the daughter was deprived “of the opportunity to speak with her mother before they were separated forever by death”.

This story disturbed me. It took me right back 50 years, to the year my Dad died. Believe me he was far too young to die and it broke my heart because I had been unable to say goodbye. 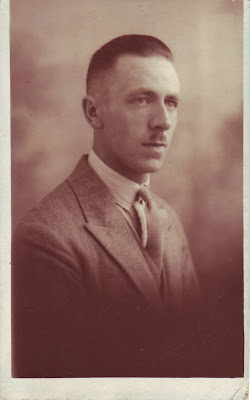 When Dad had a severe heart attack we discovered that certain valves in his heart had collapsed. After a period of hospitalization he was given strong medication and sent home with the warning that under no circumstances was he to get stressed. He was to be kept quite and calm. In those days medical science was not as advanced as it is today so there was little hope that he would survive.

I was married and living away, without any access to the house. Mom had taken my house keys the day I left and never gave them back. Consequently I had to knock the door or ring the bell whenever I called to see my father. Mom continued to work, leaving Dad alone in the house.

One day I called at a time when I thought Mom would be at home, only to find a note on the front door which read ‘SICKNESS, DO NOT DISTURB. PLEASE DO NOT RING OR KNOCK THE DOOR.’ The back of the house was also locked and bolted. You can imagine my dilemma.

Trying to suppress my anger I went away to ponder on what to do next. The telephone had been put out of bounds to outside callers because it was felt that Dad might be anxious to get to the phone before it stopped ringing which could cause some anxiety.

A plan was devised. I wrote a letter to tell Dad that I would ring at a certain time and that I would use a three-ring code so he would know it was me. It wor

I expressed my disappointment that I couldn’t just call to see him but all he said was ‘You know what your mother’s like’. I did, I also thought her new rules were way over the top.

As I said above, I managed two phone appointments before he passed away. He died alone and I wasn’t there to say goodbye. Just like the article, it was forbidden!

Even though I frequently told myself that it was done ‘for the best’ I have never fully got over the fact that I wasn’t there for my father. Indeed, no-one was there for him. So sad.

Email ThisBlogThis!Share to TwitterShare to FacebookShare to Pinterest
Labels: Dad