WHEN MOTHER PAPERED THE PARLOUR!

Blogging friend, Denise, recently posted a picture of her young son which instantly reminded me of an episode concerning my own son.

This story began when I walked out of a marriage and into single motherhood.

Life as a single mother was hard. Now, now, no tears please. Yes, it was hard both financially and physically but I got by. I had a secretarial job with Imperial Chemical Industries and my little son went to nursery … he started there when he was just under a year old. The nursery was in league with the council in trying (and winning) to keep my purse empty, along with the cost of food and clothing. Jon was a rapid grower and ate like a young horse, so the pennies were few and far between when all purchases were made.

We lived in a ground floor flat, half a house to be exact. The upper floor was occupied by an elderly couple who were complete saints. She couldn’t do enough for me and her husband couldn’t do enough for Jon. Whenever he could he would take Jon into the garden to play, giving me some breathing space. I really appreciated them both. They were always there whenever I needed help or advice and in those uncertain days I needed both. They had no children, you  see, so Jon and I were more like family.

The nursery was good, too. The nursing staff would take toddlers out at weekends to give mothers a break or arrange a short holiday on a farm. Farm visits lasted about four days which I thought was ample time to do some decorating. I had saved hard so that I could buy wallpaper and paint and if the lad was away for four days I could decorate the lounge at my leisure and without interference from a demanding child.

It was with great pride that I set to work. Singing at the top of my voice I stripped and papered to songs of the early 60s, The Beatles, Roy Orbison, Dean Martin, The Beach Boys, Procol Harem. It was great. The finished result was good too and I felt SO proud of my first ever decorating achievement. Jon was due home the next day so I was pleased the job had been completed on time.

It was lovely to hear his excited accounts of all the animals he’d seen and played with. He was hungry, as always, so the minute we arrived home I went into the kitchen to prepare some food. It was while frying bacon that I realised he wasn’t in his usual place, watching and waiting for extra scraps before he had to sit at the table. And it was remarkably quiet. The sudden silence made me suspicious. Yes, it was quiet. Too flippin’ quiet.

Creeping into the lounge I saw him in action, running up and down the three-seater settee and stabbing his little umbrella into the new wallpaper. He thought it was great fun ... while I looked in horror at the holes and tears along the whole stretch of wall behind the settee. Not pinpricks, great chunks straight through the wallpaper and into the plaster. The room looked worse than it did before I started to decorate.

All that money … wasted.

All that time spent decorating … for nothing.

Will you believe me when I say I felt like choking him?

I was in such a rage I knew I had to get help or I would have killed him. So I thrust him into the care of my neighbour and asked her to keep him until I calmed down. Once I was alone I cried until the rage disappeared. It took a long time before I was able to rationalise that a young lad had no idea that he had done wrong. How WAS he to know, for goodness sake?

I think of this often when I read about parents who beat their children and thank the good Lord I didn’t go too far. But I could have done had it not been for my neighbour. It must be hard for those parents who have no-one to turn to.

I remember those days when I hear about parents ill-treating their children. I don't condone it, heaven forbid, but I am aware that sometimes ... sometimes ... unintentional things happen that set fire to the brain.

I can't find a picture of Jon as a little lad but here he is as a big one. As you can see, he was very into physical training. Of course this was many years ago, at a guess almost thirty years. 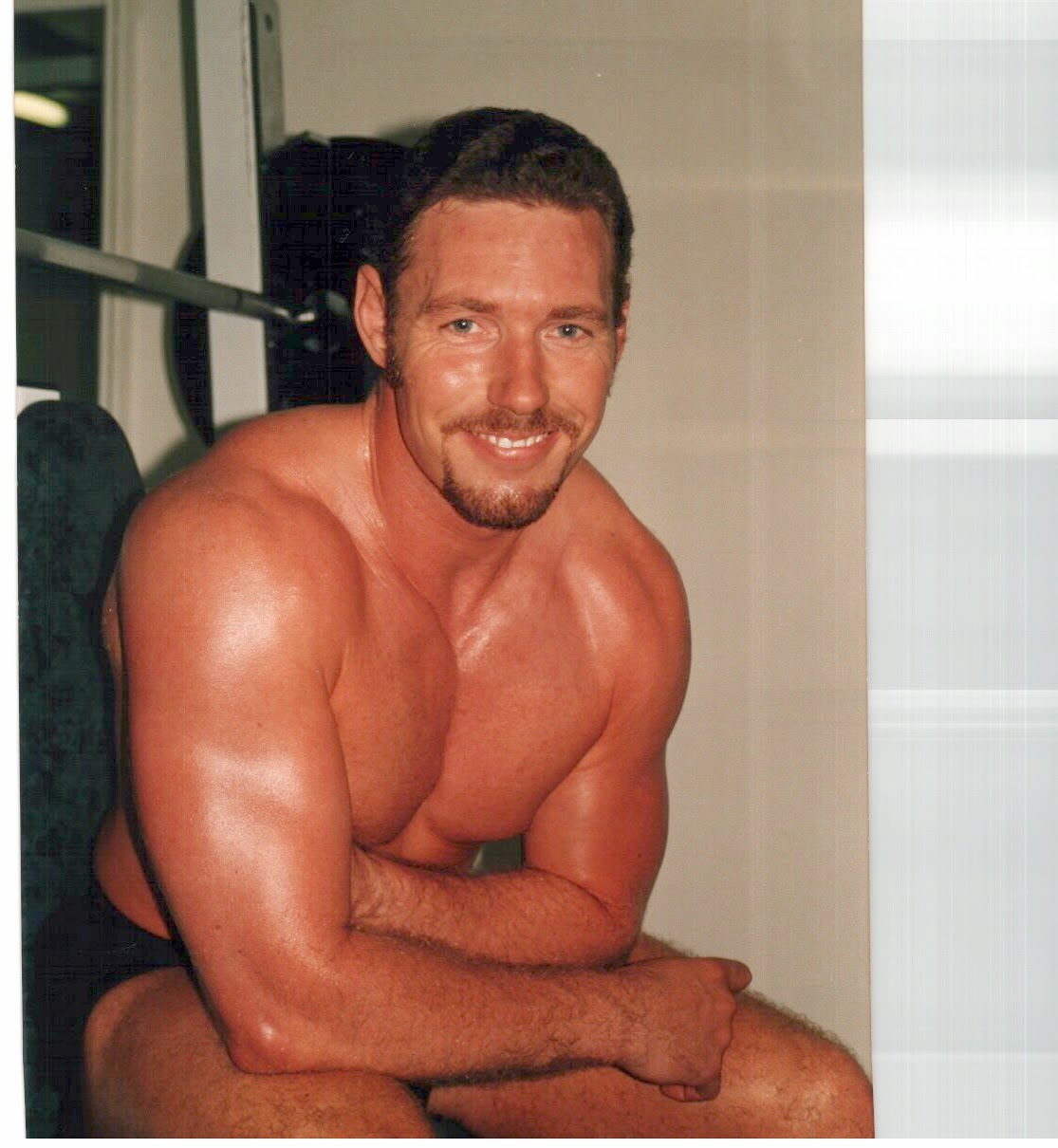 Email ThisBlogThis!Share to TwitterShare to FacebookShare to Pinterest
Labels: papering the parlour