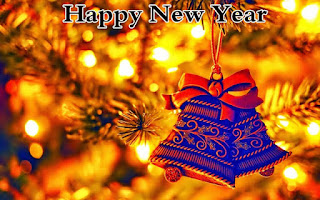 Wishing all my friends a Happy New Year
and
thank you for your company. 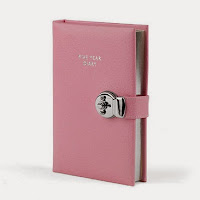 It was the afternoon of New Year's Day. Gemma and Peter Swift were writing in their respective five-year diaries, given by Gemma's mother for Christmas. Both diaries were lockable and leather-bound: pink for Gemma, plain black for Peter, both with a silver key.

Last night's party was a great success, scribed Peter.
I've never been to such a boring do, noted Gemma.
Peter capped his pen and propelled himself from the table. 'Fancy a beer, Gem?'
'Don't scrape your chair,' snapped Gemma. 'You'll damage the carpet.'
'Was that a yes or a no,' enquired a grinning Peter, who wondered if she was still mad because the coal tit had scattered seeds on her precious new patio.
'It was a no. Thanks.' Gemma carried on writing.
'Brandy?'
'No, thanks.'
Peter fetched a can of lager from the fridge and returned to the dining room, sat directly opposite his wife. 'Writing about the party?' he asked, drawing his diary towards him.
'Not in detail.'
Peter picked up his pen. 'Me neither,' he said, beginning to write. Martin Wedgwood. What an opportunity. Stroke of luck meeting him in a casual setting. Made my approach less obvious. And what a wife. The black mini-skirt was a sensation.
STRUMPET, recorded Gemma in bold script, then added, but at least she wasn't boring like most of the females. She adjusted her reading glasses and tugged a strand of straight, mousy hair, remembering the time she'd spent in the early hours squinting in the mirror and brushing her hair into some kind of captivating style. But it was too straight and too fine to do anything with. The men were tedious too. All workaholics from the way they talked, and so uninteresting. She eyed her husband, who was sucking the end of his pen, staring into space. Searching for inspiration, she guessed, but he wouldn't have found any at last night's party.
Peter was thoughtful, wondering if any business would be forthcoming from the men he’d mingled with. The managing director of the knitwear company, for example, and the one from the printing firm who said he was disenchanted with his existing accountants. But his mind kept reverting to Martin Wedgwood who had taken his card and promised further talks. Now if that came to something, his managing partner would be delighted. Yes, it was a first-rate party.

Imperceptibly, Gemma shook her head. If only Peter hadn't raved so much about his work. There was nothing enthralling about the accountancy profession yet he went on and on to some guy in a flash tuxedo who could only shut him up by asking for his card. Julie was interested, of course. But she was interested in all the men. You could see her brain ticking over deciding who to lure … and when.
Boring, she wrote again, unable to think of a better adjective to describe the event. She supposed Peter would be recording his tête-à-tête with Julie, whom Gemma thought was the wife of someone important but couldn't remember who. It was surprising that her husband, whoever he was, didn't keep her under lock and key. It was most disconcerting the way she tossed her red hair and displayed long legs as if she was contending for Miss World. The mini-skirt barely covered her buttocks let alone her thighs. Gemma sighed and twisted round to extend her own legs, tilting her head to inspect them, and deciding they'd be shapelier if she lost a bit of weight.

Peter noticed Gemma's move and silently admired the focus of her scrutiny, recalling the way one greasy-looking party goer had gawked at her until he told him to lay off. Work or no work, he wasn't standing for that. Impulsively he pushed his diary to one side and leaned across the table to take Gemma's hand. He could smell the almond hand-cream she used, and the Shalimar behind her ears. 'It was a rare old party, eh, Gem?'
'Wonderful,' replied Gemma, not wanting to crush his admiration for the inebriated fools who posed as New Year revellers.
Peter released her hand and pushed his chair from the table. The lager can toppled and rolled backwards and forwards as he drew Gemma to her feet, he held her close and whispered, ‘Did I remember to wish you a Happy New Year?’

Gemma nodded, for once overlooking the likelihood of a ruined carpet.

‘And did I tell you there’s every chance of promotion if I land a major client after last night’s affair?’

‘And did I tell you it could mean a partnership if I continue to acquire new clients?’

Peter whirled her round. ‘Tremendous party, don’t you think?’