The heavens never fail to attract my attention, be it cloud or moon or sunsets, so I've uploaded a few recent shots to bore the pants off you.
This first one was what I call a 'heavy' sky but it did have an angel or something looking through the gap in the clouds. See it? 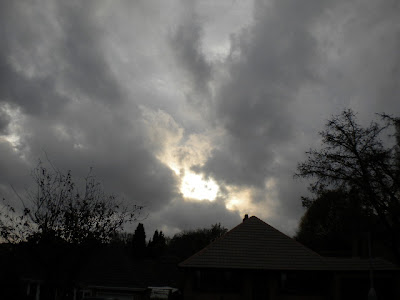 Perhaps you can see it now.
Is that not a face I see? 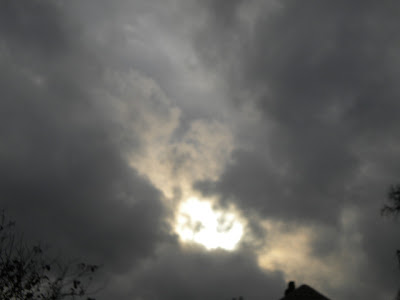 Next sighting is interesting. No, I don't mean the photographs ... they're a load of rubbish. The interest comes in the digitally developed picture of the morning moon. There was no sign of daylight when I saw the moon suspended in blackness but look at what the camera saw. I've posted three pictures taken immediately after each other, only making a slight adjustment in range. I was using the iPhone so you can see that varying the range wasn't very good. I'm useless at that sort of thing.
On all three pictures an odd shape appeared, as if the moon was sitting on the side of a globe, but the last one is more like the nipple on a breast. Can anyone explain why the 'shape' that appeared on film was not seen with the naked eye? 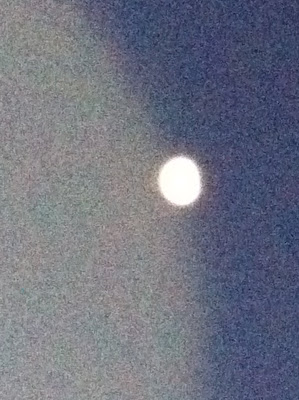 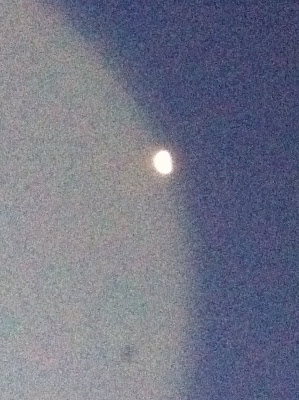 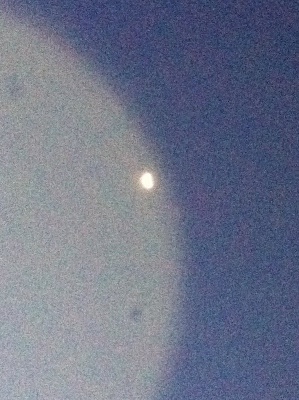 I am forever admiring the sunrises that other people see (and film) but this is the first I've actually seen at home. I was overjoyed to see it yesterday while I was having an early breakfast. The room was lit by a small lamp because it was still dark outside. I happened to look up and noticed that the trees looked pink. I got up to investigate and this is what I saw. 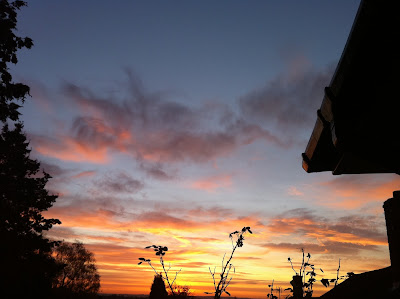 Then I rushed to the front of the house to see what it looked like there. It might sound daft but I felt really excited. We are surrounded by gorgeous trees that tend to block the view but in any case the clouds usually stop the sun getting through. Sunrises around here tend to be weak and uninteresting... until today. Maybe this is the end of the world. 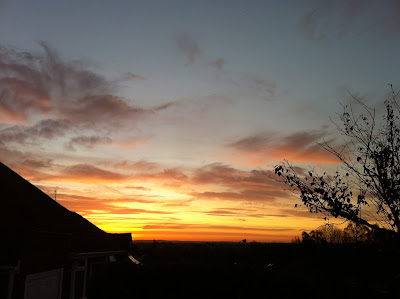