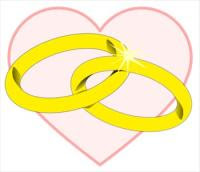 The noise of the telephone broke Rachel's concentration. ‘All right, all right,’ she yelled as she removed her hands from the typewriter and irritably snatched up the receiver. It was , ringing to request her company at the cinema. Rachel's captiousness swiftly disappeared. She closed her eyes the better to absorb the tenor of his voice. He sounded strained. As if he guessed she had detected it, he instantly claimed that he was tired and deserved some relaxation following his two-day slog in .

After two days of pining, so did she.

The idea of visiting a cinema alone never occurred to . He preferred to share the excitement and amusement with Rachel, and take comfort from her when the action got too intense. Troubled by man's violence towards his fellows, he would sit with his chin on his chest until specific cruel scenes came to an end, transmitting his tension by a firm grip on Rachel's hand. The suspicion that he possessed a cowardly streak offended the illusion that was in possession of heroic qualities, but Rachel was so beguiled by him she rejected the notion, choosing instead to keep him elevated on a pedestal. Naturally, therefore, she agreed to go.

Responding to Cynthia's interrogation about the proposed trip to the cinema, Rachel professed to not being interested in going, explaining that it was she wanted to see, not a silly film.

Cynthia suggested a night in might be more beneficial, sarcastically expounding the demerits of theatre managers who refused to show their films in well-lit premises. ‘So,’ she concluded, ‘if all you want to do is gaze at your beau, your best bet is to stay in.’

Rachel inserted carbon between two sheets of paper and rolled them in the typewriter. Cynthia was right. It would be lovely just spending time alone with , in front of the kitchen fire, a bottle of wine on the go, and a chocolate or two between kisses? She said as much to Cynthia, adding that her mother was always at home when she and Gary had a date. Rather foolishly, she mentioned her mother's flirting.

She began to type, her fingers flying. ‘Don't hinder me,’ she said to Cynthia, who was lighting up again. ‘I couldn't bear to work over, not today.’

AT four-thirty, Rachel consulted her wristwatch. In precisely one hour the works' whistle would sound; one hour in which to complete the day's toil, made more arduous by Cynthia's vexatious teasing and her relentless smoking. Praying there would be no mistakes she sprinted into Eric's room and slapped the correspondence in front of him.

‘Have you checked them?’

‘Yes,’ she fibbed, glancing again at her watch. In eight minutes would be outside waiting. Agitatedly transferring her weight from one foot to the other, she waited for him to scan her work.

‘Anxious to get off, are you?’

Signing his name with a flourish, Eric remarked, ‘He's a lucky man, a very lucky man!’ He ploughed through the heap, autographing the correspondence without his habitual perusal. ‘There you are, the last one. Be off with you.’

Rachel stopped long enough to seal the envelopes ready for Cynthia to stick on the stamps. Clutching the letters to her chest, she scuttled into the outer office and snatched up her coat, almost afraid that if she didn't get there on time, would go without her.

was resting on the tail-board talking to the bay foreman, who occasionally booted an imaginary ball. His behaviour signified an in-depth analysis of the recent local derby at .

Having assumed he would use his own car, Rachel was surprised to see 's wagon, and him dressed in light green slacks and his new leather windcheater. She paused, suddenly worried that her pencil-slim skirt would impede an attempt to clamber up. It hardly gave her the freedom to climb a kerbstone, let alone a whacking great lorry.

Eric Hudspith drew alongside. ‘I thought you were in a hurry, dear girl.’

Instead of replying, Rachel trotted over to , expecting that her boss would instantly withdraw. Eric, however, stayed put, obviously intrigued by 's method of greeting and viewing intently the procedure of first kissing Rachel's right cheek, and then the tip of her nose.

Shrugging into his grey Mac and adjusting his trilby, Eric queried their intended destination as if he had a right to know. His response to the news that they were going to the Odeon, was: ‘In the best seats, I hope. Our girl must be treated properly. As a matter of fact, she's earned a whit of pleasure, having taken dictation three times today without a murmur.’

Eric finally took the hint. ‘I mustn't detain you,’ he said, looking directly at Rachel. ‘Now don't forget, dear girl, bright and early tomorrow. We must clear those export letters.’

The foreman lowered the shutters to secure his section of the building, the mechanism groaning as he cranked the handle. focused his sights on Eric's dwindling form and shouted above the din of creaking cogs: ‘What's this dear girl and our girl stuff?’

‘Nothing,’ returned Rachel, alarm in her voice. The flush rose again when swept his gaze on her. ‘He's just trying to be amusing,’ she said, and hastily enquired if he intended her to travel in the lorry, take the bus, or go by Shanks' pony.

grinned, his annoyance apparently forgotten. ‘I'd have to borrow a crane to get you in,’ he quipped, surveying her skirt. The wagon was apparently booked in for overnight loading, ready for drops in , and .’

‘Wish I could come with you,’ grumbled Rachel as they passed the corner shop and took the side road to the river.

They strolled up the main road alongside the River Tame; a fair name for a river, gentle sounding. One would think, without full knowledge of the immediate district, that the area would be rural, with cows grazing in the fields and picnickers on the embankment, and it might formerly have been so, before the erection of industrial buildings.

Frequently, Rachel halted to lean on the railings and study the rippling water, loath to arrive home too soon. Once there, if her mother was in, would be plagued by her flagrant dallying, and Rachel's aim was for her and Gary to spend less and less time at home.

curled one hand round the iron rail and leaned over to rescue a silver pen someone had dropped in the grass. He was outlining his trip. As he twirled the pen over and round, he emphasised how good it was to see his old school friend, in whose house he spent the night, and where neighbours gathered to play cards and drink an abundance of whisky.

‘Did you miss me?’ Rachel inquired sulkily, not caring that it was against the rules to pressurise a man.

Apparently failing to hear, went on to describe Andrew and his adequately furnished house, located, he said, uncomfortably near to gaol. ‘Imagine being locked up in that dismal place,’ he said as they moved further along the road. ‘I'd hate it.’

Now that she was grown-up and childish misdemeanours laid to rest, Rachel could not envisage transgressing at all, let alone committing crime serious enough to warrant long-term confinement, but she would not be responsible for her actions if this man, sauntering like a toff at her side, didn't get his act together.

Amy was leaning over the sink watching a dying bluebottle, clearly captivated by its feeble attempts to lift its wings. A recent discharge of Summer Bouquet had not quite masked the smell of last night's chicken curry. ‘This one's a survivor,’ she said, unfolding her body and depositing a long-handled fly swat on the window sill. ‘It's driven me crazy trying to whack it.’

‘But you succeeded, Mum.’

‘Oh, yes. Couldn't let the little beggar win, could I?’

For the umpteenth time, Rachel thanked the Lord that her parents had resolved their differences. Toby had wholly forgiven his wife for the incident with the knife, and the last few weeks had seen Amy a happier woman; still snappy, but there was logic in her complaints, whereas previously they were totally irrational. It was the coquettishness Rachel disliked, though her father didn't seem to mind.

Suddenly aware that was by the door, Amy darted from the window. ‘How lovely to see you,’ she said, assisting with the removal of his jacket and guiding him to one of the cushioned dining chairs. A fair proportion of cleavage came into view as she sat next to him, inclining her upper frame in order to pluck loose threads from his jersey. ‘Did you enjoy your trip.’

balanced on the chair's hind legs. ‘I did, thanks.’

Amy planted her forefinger on his chin and softly uttered: ‘Splendid.’

The drama made Rachel want to puke. She filled the kettle and unhooked the mugs from the dresser, banging them on the table, then slammed about collecting milk and sugar and salad for tea while Amy sat with , acting like a duchess. The dog's ears twitched nervously in the racket.

As always, Toby timed his arrival for when the food was ready. He greeted warmly prior to pressing his lips on Amy's cheek. Her response was welcoming, although Rachel could have sworn she saw her cringe as he turned to shake 's hand.

Toby asked if Amy had told about her recent jaunt to the country.

‘Oh, I'm sure he doesn't want to hear about my tedious expedition. Do you, ?’

Announcing that tea was ready, Rachel slapped down a dish of salad. The dish was cut-glass, her mother's prized possession, but Rachel didn't care. It would serve her right if it got demolished. ‘Come on,’ she directed , mutely threatening him with his life if he didn't leave Amy alone, but merely saying aloud, ‘Sit by me.’

Amy shuffled her chair in. ‘Isn't it pleasant to have company, Toby? We must invite more often.’

Prevented from responding by a mouthful of gammon ham, Toby grunted, but he noticed Rachel's disdain and dipped his head to petition her to have patience.

It wouldn’t be easy, not with Amy displaying her most feminine attributes.

That night, Rachel examined her naked body in the looking-glass, nipping the inches of surplus flesh where her waist should be, recoiling at the hugeness of her hips. Her belly protruded, her breasts were too full, and her thighs wobbled as she swivelled to inspect her rear. Zooming away from the mirror, she grabbed her filmy nightdress: pale blue, her mother's gift last birthday, an unwise choice in view of her gross size. ‘A strict diet, Rexie,’ she cried. ‘No more chocolates or chips.’

Rex ceased cleaning his paws and gazed at her longingly, chips being his favourite food next to battered fish and strawberry ice cream. He looked thoroughly downcast when she hopped into bed.

‘You'll never have chips again, Rexie,’ she said, huddling inside the duvet. ‘You'll have to do without, like me.’ And she burst into tears, as much frustrated by the prospect of starvation as her mother's theatrical performance.

Email ThisBlogThis!Share to TwitterShare to FacebookShare to Pinterest
Labels: Trust Not The Vow 6