I hope everyone remembered to look at their clocks at 11.11 on 11.11.11.
~~~~~
Still in old buildings mood, these pictures were taken over the years, all except Ragley Hall. I can't remember who took that one. 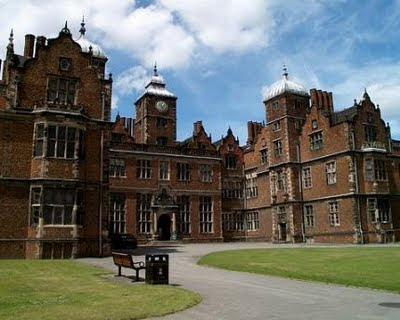 Aston Hall
(5 minutes walk from my childhood home. As kids we played in the grounds and occasionally managed to get inside.)

Aston Hall is a magnificent seventeenth century red-brick mansion situated in a public park on the north side of . The Hall was built for Sir Thomas Holte and was one of the last great Jacobean houses to be built. The layout of rooms is largely unchanged, and they are linked by the original imposing grand stairs and splendid Long Gallery.

The house still retains many early seventeenth century decorative features in stone, plaster and wood. Later members of the Holte family made some changes to the house towards the end of the seventeenth century and into the eighteenth century. Aston Hall was last lived in as a home by James Watt Junior, leaving evidence of early Victorian fashions.

I imagine the occupants would turn in their graves if they knew that the hall now faces the rear of Aston Villa football ground. I won't go into that, save to say the kids had a wonderful time climbing the high wall to watch matches. 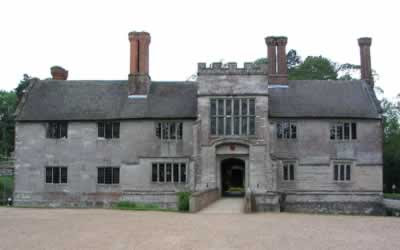 Baddesley Clinton Hall was originally a 13th century fortified manor house, founded by Thomas de Clinton. The rectangular platform encased by a wide revetted moat, now supports the remains of a 15th century stone quadrangular strong house, founded by the Brome family. The east range is flanked by a two storey gatehouse, with four gunloops but the original hall in the north range has disappeared. To the north and north east are the linear depressions and undulations of The Forecourt, medieval building ranges, which were dismantled during the early 18th century. 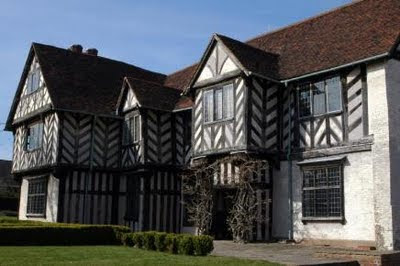 One of the few timber framed buildings left in , the Hall was built in 1590 for Richard Smalbroke junior, who wanted to reflect his growing prosperity with a new and comfortable home. For example, the Hall contains a ‘long gallery’ of the type normally reserved for much grander houses and decorative wall paintings. Blakesley Hall is a fine example of the homes of the aspiring Tudor middle classes.

In the 1930s, the Hall became a museum and both central heating and toilets were installed altering the layout of the ground floor. Restoration has involved removing these to reinstate the ‘Great’ and ‘Little’ Parlours. In these rooms, the family would dine, separately from their servants, perhaps entertaining guests. They would also read, prepare accounts and write letters here away from the daily bustle of the rest of the household.

My school organised outings to Blakesley (this too was quite near where I lived) where we were shown how food was prepared and cooked in the old kitchens. There was some suggestion that the place was haunted but I never saw a ghost when I went there. Maybe it ate too much food and slept a lot. 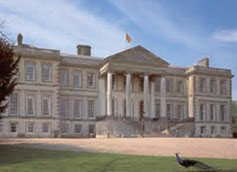 Designed in 1680 by Robert Hooke, Ragley Hall is the family home of The Marquess and Marchioness of Hertford. The Great Hall, which is two storeys high, has some of England´s finest baroque plasterwork by James Gibbs. The famous mural `The Temptation´ by Graham Rust is in the south staircase hall, and family portraits by Sir Joshua Reynolds in the drawing room. There are fine collections of Sheraton and Louis XVI furniture and Minton, Copeland and china amongst others. The stables house a collection of carriages from the 18th century, and equestrian equipment. 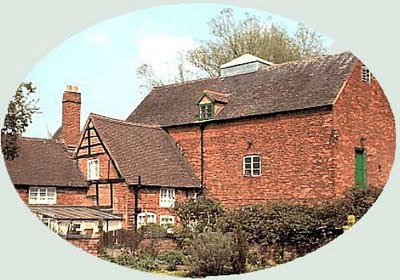 New Hall Mill
(2 to 3 minutes walk from my house)

The New Hall Mill is a grade 2 listed building, and just one of two surviving water mills in the area. Painstakingly restored to a working condition over a number of years and is a fine local example of our industrial heritage. Watermills were once a common sight along 's rivers; it is estimated that in the 18th century there were over fifty the area. However, of all 's watermills, only Sarehole Mill and Newhall Mill survive as standing buildings with working water-driven machinery.