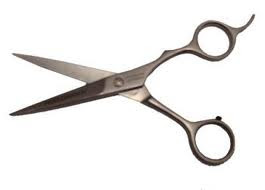 It was an awful day and I’m not referring to the weather. It was Wednesday. Nothing ever goes wrong on a Wednesday. Until now! Wednesday of this week was the day my hair was cut too short and the doctor decided to retire. It’s so upsetting.

Let me start at the beginning, at the hairdressers.

I always have an early appointment to facilitate parking the car. I have strong objections to parking it half an hour's walk away, especially if it's raining.

It was 8.50 am, a quiet time in that area. In fact I was ten minutes early but my stylist (who owns the shop) beckoned me in. She was busy dealing with her phone messages, writing notes, making return calls, that sort of thing. Just after nine she was ready to perform wonders on my hair.

Suitably clad in the latest creation (a black cape and white towel) she sets to with the scissors. Two minutes later, the phone rings. I need to tell you here that this is a small salon with two stylists and sometimes a junior. I think the junior must go to college on Wednesdays. Dawn (second stylist) hadn’t arrived so Jackie (my hairdresser) had no choice but to answer the phone. I waited.

Okay, so she finished on the phone and came back to me. Two seconds later, the phone rings again. Off she went to the reception desk, while I waited.

Cutting a long story short the phone must have rung a dozen or more times before Dawn arrived. I spent a lot of time on the iPhone playing Scrabble … anything to suppress the mounting anger.

Then some of Jackie’s family arrived, daughter and son-in-law plus young granddaughter. Time was taken up with greetings and ushering the new arrivals to the upstairs flat.

Ha…. I felt we were getting somewhere.

Jackie settled down to sort out my hair which I felt must by now be standing on end. Out came the scissors and in walked Jackie’s husband. He’s got one of those ‘man’ problems and he’d been for test results at the hospital. Naturally we all wanted to know the latest position with his health.

Apparently it was husband’s birthday as well so granddaughter had to give him lots of love … in the salon. While I waited. When it was time for them to leave Jackie’s dog decided he wanted to go with them so he had to be caught and told he couldn’t go. Now he’s a young dog, able to run rings round humans. You can imagine the scene.

I too was barking mad by this time and trying very hard to control it, after all I didn’t want to walk outside looking like I’d been dragged through a hedge backwards.

Well, eventually I had Jackie’s full attention but by this time she had forgotten where she’d got to in the cutting process. Off went the hair, en bloc, or so it seemed when I looked in the mirror.

I spent the rest of the day almost in tears. I was absolutely certain that I would look a right mess for the WI Christmas lunch the next day. As luck had it, I was able to perform miracles. I didn’t look too bad at all but I was very ‘gel’d up’ at the lunch, sort of spiky.

What else could go wrong, I asked myself.

I didn’t have to wait long. In the afternoon the neighbours announced that the doctor, MY doctor, was retiring at Christmas. How flippin’ dare he? I was/am appalled by the news. He was the one who told me to go back and see him around Christmastime for a check-up. No mention of retirement! I’ve made a rapid appointment to see him before he goes and I shall give him a piece of my mind. You know how much I adore my doctor. Now I’m wondering if all those loyal years have ceased to mean anything to him? I am distraught.

I blame his doctor wife. She retired earlier this year. I heard all about her joining the WI. She’s probably gone all spiteful and persuaded him to retire as well. Women!

The very idea of going to someone new, someone I have to learn to trust, is not doing my indigestion any good. 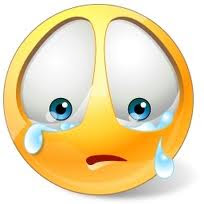 My Guy feels the same and apparently so do the neighbours. This is terrible, it’s worse than having my hair cut too short. I can’t go on folks, it’s too upsetting.

Email ThisBlogThis!Share to TwitterShare to FacebookShare to Pinterest
Labels: What a day