Starting with a bit of humour from our Faye 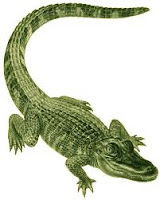 This is a story of self control and marksmanship by a brave, cool-headed woman with a small pistol against a fierce predator. What is the smallest calibre that you would trust to protect yourself?

Here is her story:
While out walking along the edge of  a bayou just below Houma, Louisiana  with my soon to be ex-husband discussing property settlement and other divorce  issues, we were surprised by a huge 12-ft. alligator that suddenly emerged  from the murky water and charging us with its large jaws wide open. She must have been protecting her nest because she was extremely aggressive.  If I had not had my little Beretta Jet fire .25 calibre pistol with me I would not be here today!

Just one shot to my estranged husband’s knee cap was all it took. The gator got him easily and I was able to escape by just walking away at a brisk pace. It's one of the best pistols in my collection! Plus ... the amount I saved in lawyer’s fees was more than worth the purchase price of the gun. 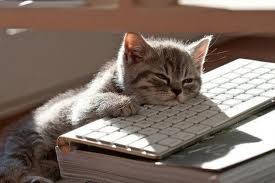 August has been quiet month for me. No WI and no TG (that’s Women’s Institute and Townswomen’s Guild) as those organisations allow us to have a month free of meetings. Although appreciating that committees need time to refresh themselves and their ideas, some members feel that two months is a long time to go without something to take their minds off their particular boredom.

What is boredom? I don’t seem to have time for such a thing and even if I’m not ultra-busy I still don’t get bored. After my four-year stint as County Chairman of the WI, I relished the time out and now have no ambition to take on more responsibility. I like to spend time doing those constructive things I wasn’t able to do when I was busy.  However, many members are quite elderly, some without family, some too frail to take up a hobby, and some with nowhere to go but the once-monthly meeting at WI or TG. For their sake I wish there were more meetings or lunches or afternoon teas. Unfortunately we can’t be all things to all men women, can we?

Of course, I have been out and about, shopping, eating out etc, and it has been noticeably quiet everywhere. Kids off school and many workers still on holiday. I drove to the mall the other day and parked in the multi-story. Look at the picture, I was the only one there. That’s how quiet it's been.'

If it wasn’t for the lovely robin and one or two neighbours plus lunch with a friend, I wouldn’t have seen much of the outside world. It has got now that robin waits for me every day when I go out to feed the birds. When he sees me coming he waits by the bird table which is situated in a recess between bushes. I found out that he likes the little pink strips of suet that are mixed in with the seed, so I sort out a few big ones for him. So far he has refused to take them from the hand but he doesn’t fly off when I throw them to the ground. 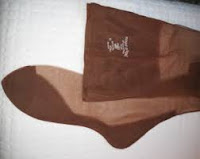 Did you know that it’s 74 years since the invention of the nylon stocking ? I wonder how long it will take to find a cure for feet.

On the subject of feet, did you know that the foot is made up of 26 bones and 23 muscles, a complicated structure designed to take the pressure of three times the body weight with every step. A surprising fact is that the average person takes about 18,000 steps per day. Apparently we walk an average of 70,000 miles in a lifetime ... that’s almost four times around the globe. With every mile we walk we shift approximately one hundred tons (the weight of a blue whale) just to move our own bodyweight forward. Ever wondered why you often feel tired? 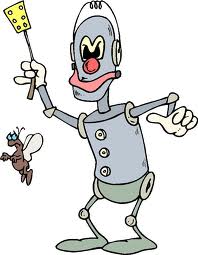 The insects in the garden have had a go at biting me to death but apart from giving me bouts of serious itching they didn’t succeed in their ultimate quest. I had a similar episode about three years ago but nothing since. Three years ago the summer came early – in March – and lasted about six weeks or more. It was heaven. Then we had lousy summers for a couple of years, and no bites, but this year it’s been great weather – hence the bites. Wouldn’t you think, with all the juicy fruit and berries plus the nectar in pollen the insects would want to eat something more tasty than Moi? And why me when other people seem to get away without a single bite?

Whilst on the subject of gardening, how about this apparently true snippet:

A recording of Happy Birthday drove a troublesome mole from its garden home. A local gardener removed the musical unit from a cheap birthday card, tied a string to it and buried it under the turf. There were some problems with a cat moving it and a neighbour complaining about the noise, but during the week-long battery life the mole did go.

Finally... something to think about.

Getting older gives you licence to believe...
... that mistakes of your youth were character building.

Email ThisBlogThis!Share to TwitterShare to FacebookShare to Pinterest
Labels: PACKAGE OF ODDMENTS