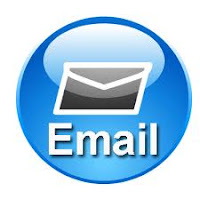 Isn’t it great when a bit of humour appears out of nothing? Quite often I will send reminder notes to myself by email. With a memory like mine it’s a dependable way of making sure I don’t forget something important plus the fact that it’s faster than trying to find pen and paper. Occasionally, if I find something on the internet that I think would interest Joe I send him a link by email. Recently though, when one of the emails didn’t arrive on his iPad I went back on line to search for it. Could I find it? Could I heck! At that point Joe made the comment that it ‘shouldn’t have lost its way, after all I’m only in the next room.’ Droll or what? He’s quite a comic on the quiet.

Do you ever have spiders on the bedroom ceiling? If so, does it worry you? Can you sleep if there’s one hovering above you? I had one visit me the other night. It hung down on a thread then scurried back up. After a few seconds it tried again but when I sneezed the silly arachnid took fright and went back to the safety of the ceiling.  Or so he thought. What he hadn’t reckoned on was my ability to get out of bed and fetch a long-handled duster from the next room. It must have seen me coming because he scarpered the minute I went back in the room and now I’m wondering exactly where he is..............
I had to take Joe to the hospital for tests the other day for an appointment at 19.00 hours. While he was being seen to I stayed in a little waiting room shared by a nurse/receptionist, who was on the phone the whole time.  Her one-sided conversation was fascinating. The person she was talking to, known to us listeners as Darlin’, had obviously missed an appointment and was trying to get another one for that day. The nurse explained that the department closed at 20.00 hours and pointed out that the journey would take too long and by the time she/he got there they would have all gone home. She offered to fix another appointment for next day but Darlin’ obviously didn’t want that.

To us that would be enough of an explanation, but to Darlin’ it was obviously a big problem and she/he kept repeating the request for an appointment that evening. Well, the nurse went all round the globe trying to explain but Darlin’ just couldn’t get it. Eventually, a nursing sister arrived and took over the phone, and the listeners were treated to yet another extensive one-sided discourse with the same things being explained over and over again. Their attitude and patience over that twenty minute period and the way they treated the patient was incredible and I got to wondering how many people, in this day and age, would be as tolerant? If medals could be handed out I’d give one each to those remarkable nurses.

With Google Reader on the way out I joined both FEEDLY and BLOGLOVIN just in case Google removed my blogroll as well. So far, so good with the blogroll although I have noticed one or two hiccups in recent days. Normally I just click on the blog title and get straight in but once or twice certain blogs have been missing in action  from the list. I found them by visiting Bloglovin!

I have to admit that I didn’t get on well with Feedly (couldn’t get the hang of it) so made Bloglovin the main one. Having found the blogs I wanted I went on a visit, via Bloglovin. No problem, that is until I tried to leave a comment and found I couldn’t. I got round it by copy/pasting the blog’s URL but it was a bit inconvenient. All is well on Bloglovin today though, comments could be left, but it just shows that it’s not only Google that occasionally backfires. I have yet to check the blogroll. 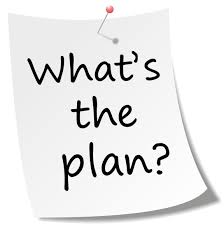 Now for a bit of macabre humour:

I have just completed my funeral plan at the funeral parlour and what a laugh that has provided. I thought it would be a gloomy thing to do but it was just the opposite. I now have to think what I want to wear on the big day and if I want people to visit. Gosh, a visit means having a decent coffin and best clothes, doesn’t it? I’m a bit proud, you know, I don’t want people to think I hadn’t bothered about appearances.
In discussion with the person arranging my plan I was asked what music I wanted. I chose West Life’s ‘You Lift Me Up’ on entry and ‘Always Look On The Bright Side of Life’ at the end because I want people to go out smiling. One thing that made me feel good was a suggestion she made to me. I had given her my ‘profile’... you know the sort of thing, where I worked and why ... and she remarked on the bit about achievements. So I told her about the story that won the Lady Denman Cup... A Man In My Life. She asked to read it.... and the upshot of that is that she thinks it should also be read out at the Crem. If that’s not an honour, I don’t know what is. For obvious reasons I won’t be able to let you know how it goes.... grins.

Oh well, that’s enough stuff for today. I don’t want to bore you to death ... especially if you haven’t ‘done a plan’.