I think I’m turning into a bird lady! Yesterday I had a conversation with the robin. Well, not an actual conversation, more like coaxing words used to put him at ease. As I’ve written before, robin follows me when I go down the garden to top up the feeders. He seemed extra brave this time, coming nearer and not flying off when I made a sudden move. I held out a handful of seed, letting one or two slip through the fingers onto the floor, all the time inviting him to take a seed or two from my hand. He didn’t, of course, but at least he didn’t fly away. I guess this is something I have to do on a daily basis before he learns to trust me. 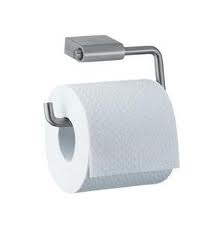 My current grouse is perforated toilet rolls that are only half done, when tearing off a square ends up as several bits of torn paper. I scream inwardly every time it happens. I have been through all the big name toilet roll producers and find they’re all the same. The first roll is fine, it lulls us into a false sense of security, but by the time we reach the end of a multi-pack the perforations disappear. Is this the way they make money, I wonder?

On a recent visit to a friend I commented on the fact that her loo rolls were always perfectly perforation  and enquired which ones she bought. ‘The cheapest’, she said. ‘Tesco’s own.’ That’s probably why I don’t have any luck as we always buy the rumoured best. Note that word BEST... in future I shall refer to them as the WORST.

When we needed two new light bulbs Joe went to two shops only to find they had both closed down. Note to self: In future try Amazon! And they wonder why our shops are all closing down! 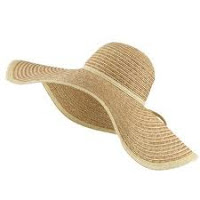 Have you ever inadvertently shoplifted? I did once, years ago, when young son and I were in Kitsbuhl, Austria. It was very hot and we went into a local store to cool down. It was the kind of store that sells everything, and without doubt everything was fascinating enough to buy. From going into the store to shelter from the sun we ended up with baskets full of goodies, from souvenirs to essentials, including a straw sun hat. But the sun hat had a broad brim and wouldn’t fit into a basket so I put it on my head and forgot about it.

We queued to pay and spent a small fortune but not once did I remember that I had a hat on my head. Even the cashier didn’t cotton on. It wasn’t until much later in the day, when we arrived back at our hotel, that I realised what had happened.

Next day I went back to return it but the shopkeeper didn’t seem unduly concerned. In fact, I think he was surprised! He thanked me for returning it, then looked out of the window and said something like ‘Keep it, you need it.’ I did keep it, for many years, and often made people laugh when admitting I stole it!

Have a nice day, folks.